Eileen Roe is on top form this season as she notches another podium place in France with Team Ibis Cycles. 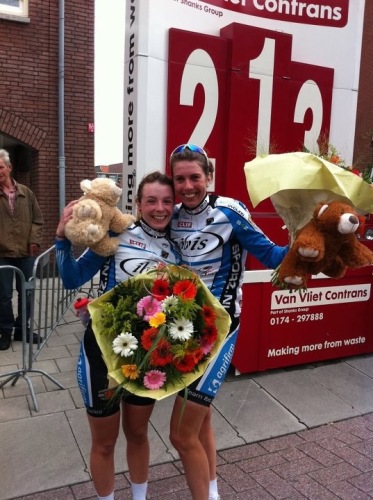 Another podium place for Eileen and Team IBIS

On Sunday 15th July, Team Ibis Cycles took to the road in Holland once more and notched up another podium in the Ronde van de Bakkerstraat for Scottish rider Eileen Roe. 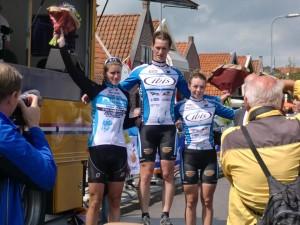 Braveheart road rider Eileen Roe is on a bit of a roll after a good showing in the National road race, the Czech Tour Feminin and the Curlew Trophy she was back in action in Holland and Belgium with her club team, Ibis Cycles.

"After getting back from Czech I had two days to spin the legs before my first race. On Wednesday night we drove just over the Belgium border to race in thunder and lightning (racing in this weather seems to become a regular theme now) for two hours. I actually felt half decent the first half of the race but towards the end it was like I was trying to pedal through lead. So to come away with 18th place wasn't a total disaster.

The next night I travelled to Ronde Van Epe with team mate and British Criterium Champ Hannah Barnes to a criterium only 45mins away from where the team house is. So it kind of felt like our local race. It was a nice small circuit of 1km totalling in 60 laps, 60km. Each lap we had to sprint out of three corners so this was going to be a shock to the system having came from the hilly road races I've been doing recently.. But again, to my surprise, my legs were feeling pretty decent and I was actually able to go with attacks and pick up some primes. Come the last two laps I kept near the front and managed to position myself for the last corner where it was 250m to the finish line where I picked up my first podium in Holland this year!"