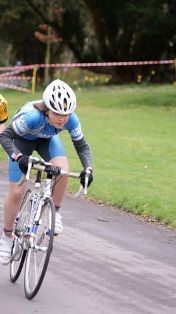 In the younger E category classification Fraser Thomson (Glasgow Riderz) took the win for the boys and Anna Reid (Wallace Warriors) the girls. Race 2 was for C category (U12’s) boys and girls. 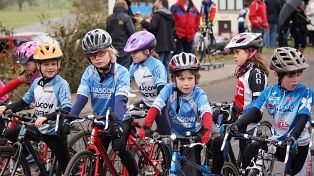 Riders of the race though were Ellie Park (Glasgow Riderz) and Anna McGorum (Peebles CC) who were 1st and 2nd in the girls event, finishing 7th and 9th overall in the race beating many of the boys. 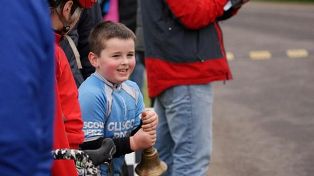 After a really aggressive race with all the riders attacking each other, the finale came down to a sprint with Adam Hartley and Mathias Barnet neck and neck down the finish straight. Hartley chose the slightly better line on the tricky finish and just pipped Matthias for a fine win.