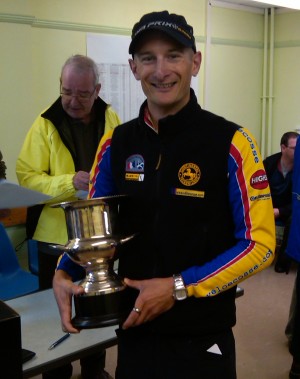 The Best All Rounder results have been on our website now for a few days and at Scottish Cycling we thought it might be interesting to speak to the winner of this years Middle Distance Competition. Rob has been an accomplished 'road man' for a few years now so it's nice to see him dabble and succeed in the world of time trialing. Congratulations Robin and thank you for taking the time to give us some comment.

I moved over to Equipe Velo Ecosse this year from Stirling Bike Club, and its worked out really well. Its been great to get some good results, especially against the clock, and I feel I have justified my place in the team. I’d done a bit of TT last season just using tri-bars and my road bike, so this was my first real go at testing with a proper bike. I have really enjoyed it, and had some success. 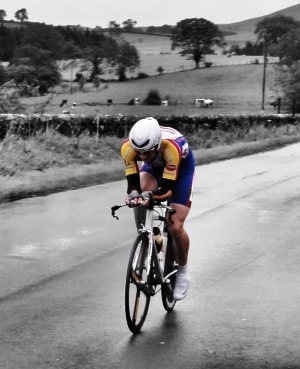 The Middle Distance BAR competition was something I started to think about after getting bronze at the Scottish 10 in May. Overall it turned out amazingly close between me and Steve Nutley. He narrowly beat me in the 100 and the 50, while I did just enough in the 25 to compensate. Steve put in some unreal times this season, and when I did a 1.49 in the 50 I couldn’t believe he went quicker, as I thought I’d done the ride of the year. The BAR competition suits me as I am an all-rounder who can climb well and also put in quick times on the flat, but I’m not a specialist at either.

I’m looking forward to the off-season now, a break from racing, and sociable club runs with the other local riders before thinking about preparing for 2012. Some of the guys in the team are keen to do the 12, and have been persuading me to have a go. It would be good to qualify for the Senior BAR as I think it’s quite an achievement, and a great display of strength. I’ll probably also ride some road racing next year.