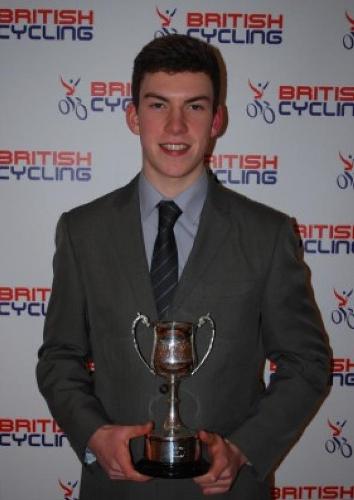 Joe follows an illustrious line of previous champions such as Gee Atherton, Mark Beaumont and Danny Hart, all currently riding in the top five at world cups.

He told the Citizen: “It is a real honour to see my name engraved under the likes of the present world champion, Danny Hart, and it gives a real incentive to go on and achieve what he has in downhill.

‘‘The whole ceremony and meal were really exciting and it was good to take my family along as a reward for all their support.”

Joe is presently training at his base in Innerleithen in preparation to defend his titles as junior champion in both the British Downhill Series, the Scottish Downhill Series and to take part in this year’s world cups. He added: “I have a total of 20 races this season, so it’s a big year before entering Elite in 2013 and I am really looking forward to it.”