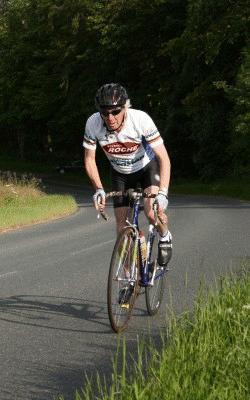 Graham was a founder member of Ythan and has held positions on the Ythan committee every year since the founding of the club in 1987. Graham also held numerous positions on the Aberdeen and District Association committee and held the post of SCU treasurer in the late 1990s.

Graham’s enthusiasm for the sport of cycling shone through and he was an inspiration to many. He was particularly keen that the youth element of the club was developed and was proud when Ythan were awarded their Go-Ride status.

Graham was a great leader and a genuine gentleman.

He will be sorely missed.

The Board and staff of Scottish Cycling send their condolences to his family.