Off the back of the good performance at the Bath Road junior national series road race three of the squad, Dale Mccallum, Cameron Balfour and Ryan Fenwick, travelled straight onto Belgium for an eight day stint of racing and training.

With three hard races and training rides with Scottish U23 riders Jack Barret and Finlay Young who are currently based out there, this made up a very important part of their Junior Tour of Wales build up.

The first race, the Izegem - Bosmolens on the Monday, was the one I got most nervous for. However once we got in to it, it wasn’t to bad! A move went on the 2nd lap, as we got on to the 3rd lap it was still bridgeable so I went for it thinking a few people would come with me but no one followed so I just pushed on and got across on my own. The race still had 18 laps to go so I wasn’t sure whether going as early as this would work but in the end the 8 of us stayed out in front. Going into the last lap four guys started to suffer under the increased pace and slipped back, leaving four of us to sprint it out. In the end I got 2nd which i was extremely happy with and quite surprised to!

To make it a brilliant first day for the Scots, Cameron came in 11th and Dale 12th.

Wednesday brought the next race at Bissegem, this one was slightly shorter at about 85km. It was also pan flat, and twisty! I could still feel Mondays race in my legs at the start but once the red mist was down and the race got underway I never felt it at all.

I got myself again in the early moves but this time they were not sticking, at one point there were 20 of us up the road but nothing came of it as no one was willing to keep the pace going.

In the final 10 km I was cut up big time by a Belgy and that was the end of my race as I hit the floor! Nothing serious, just a bit of road rash.

Sundays race at Deinze was the biggy, with double the entrents of the previous two races. It was full on from the gun! I created the move that started off as just me then 5 riders and then later on 9 in total! And some how again it stayed out all race! It was the toughest road race I have ridden! Just no rest spite at all!

I didn’t have much to give at the end sprint but came away with 4th which i am over the moon with! So so happy with how it panned out even though it hurt so much during the race! 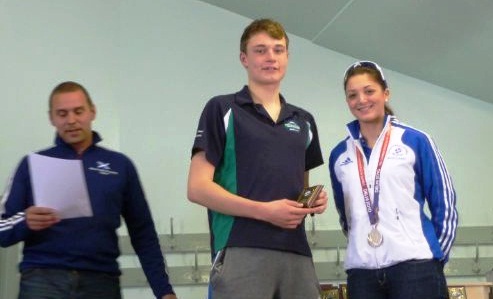