The second week of competitive action in the Scottish Schools Cycle Speedway League saw a double-header of matches between Liberton High and Inverkeithing High.  The Edinburgh side eventually prevailed by the same 69-51 scoreline in both matches, however the eighteen point margin of victory in each match doesn't reflect the closeness of the racing between the sides with the result of match two in doubt until the closing stages. 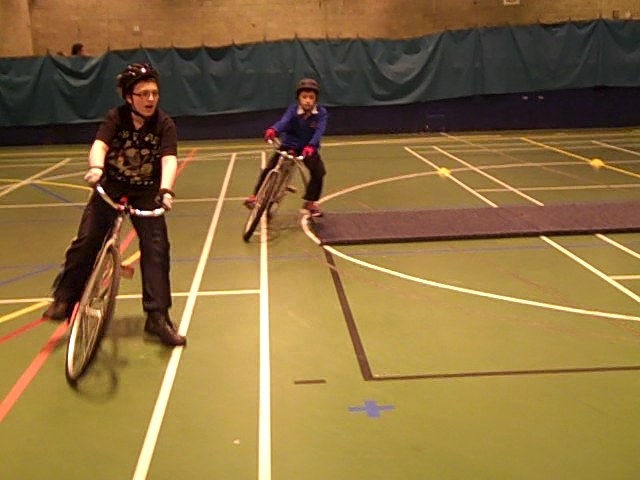 notched the first of five 7-3 race advantages for their side in heat 2.  A couple of 6-4's and a 7-3 for Connor Garvey and Ted Kanjewe extended Liberton's lead to twelve points after heat 6 and despite a 7-3 for Inverkeithing's Nathan Barrie and Dean Dawson in heat 9, Liberton went on to take a comfortable win.  Connor Garvey led the way for Liberton with a paid maximum while Dean Dawson was Inverkeithing's top scorer with an excellent 15 points from 5 rides.

If match one was comfortable for Liberton, match two was anything but as Inverkeithing's Nathan Barrie romped to three early wins.  Indeed, with the scores tied at 35-all after heat 7 Inverkeithing were threatening to spring something of a surprise.  That all changed in heat 8 as Mason pinned Barrie out wide allowing his team-mate Balsillie to join him for a 7-3.  That appeared to knock the stuffing out of a plucky Inverkeithing side who surrendered three more 7-3's in the closing stages.  Youngster Jack Law was a revelation for Liberton in only his second match, while Nathan Barrie put up some great resistance for Inverkeithing. 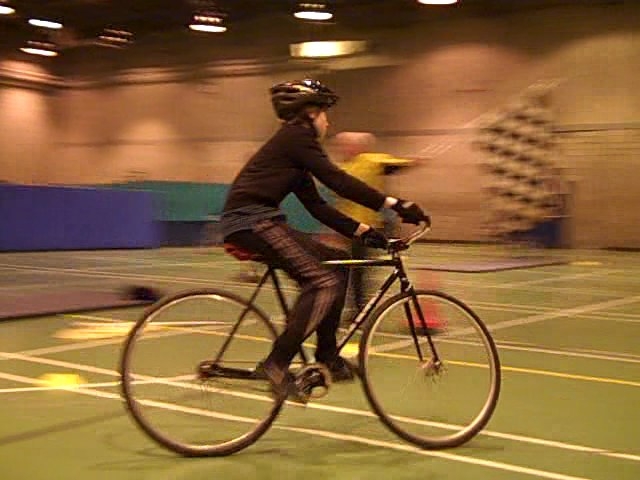 The final round of matches will take place this Friday (23rd March) with the second match of the afternoon between Queen Anne and Liberton now looking like being a title decider.

Special guest for the afternoon will be Scottish Senior Keirin & Team Sprint Champion, Callum Skinner.  Callum will be presenting medals to all of the riders who have participated in the league.