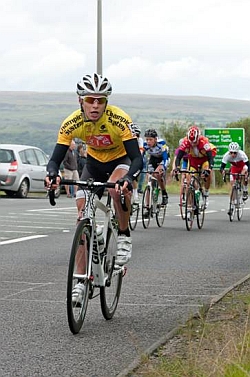 Team Raleigh announces its first signing for the 2012 season with the young amateur rider Brennan Townshend from Chagford, Devon.

Brennan hails from Mid Devon Road Club and has just finished his final junior year with overall victory in the Junior Tour of Wales in August where he used his climbing prowess to take the win ahead of the best juniors in the country.

Team Director Cherie Pridham, commented, "We are extremely excited to announce Brennan Townshend to Team Raleigh for the 2012 season and he will fit in well with our plans for the season ahead. Team Raleigh are keen to continue developing promising young riders, and we have been keeping an eye on Brennan's progress all year, having first spoke with him a week or two prior to the Junior Tour Of Wales".

On signing for Team Raleigh Brennan said, "To ride for Raleigh in their 125th anniversary year means a huge amount to me, I feel honored to be given the opportunity to be racing and training with some of the biggest names on the British and continental racing scene. I am also really excited to be part of a British team at this point in time where the British racing scene is growing and developing. This opportunity means so much to me and I cannot wait to help the team achieve some big results in 2012."