Throughout the week on Facebook, we engaged our readers in healthy debate on the cycling subjects that count. Well okay, we didn’t really. We’ve asked you about mudguards, pedals and cafe stop beverages, but we think this stuff matters, dammit!

Our apparently innocuous questions unearthed deep rifts in the cycling community; the cycling tribes holding deeply entrenched views on the thorny topics of splash protection, clicky pedals and hot drinks. We thought it only right, therefore, to try to make sense of this unprecedented week of social networking carnage. 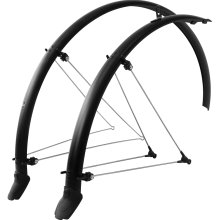 We’d clearly struck a rich vein of opinion here, with over 160 followers chipping in. The pro mudguard lobby campaigned mainly on the ‘respect’ agenda – namely respect for fellow riders when riding in a bunch. Follower Simon Keeton was most strident: “Mudguards and rear mudflaps are an absolute necessity in this country. It should be made law that you cannot go on a winter club run without them. No discussion needed !” Hear, hear Simon. Some mudguard evangelists were less concerned about others and more concerned about keep mud, grit and ahem, bovine faecal matter out of their own eyes/ears/teeth/bottoms.

The anti mudguard brigade were divided in their reasoning. For some, the machismo of getting dirty was the essence of a good winter bike ride, with many followers simply instructing mudflap lovers to ‘Man up’. Other guard-free lobbyists however took the argument onto a higher plane, stating that to ride ‘guardless was to be ‘at one with nature’. Jack Elliott’s comment summed up the feeling: “NO to mudgaurds or anything that keeps Gods good earth out your eyes/mouth/ears/nose/socks/shorts/tops/shoes. That’s what MTBing is all about.”

In any ballot, there are always some who sit on the fence or in some other way make a mockery of the democratic process. The prize for the most obtuse, baffling, yet elegant answer must however go to Joe Freeman who waxed poetically; “through mud and blood to the green fields beyond.” Erm, precisely Joe....

In the end it was a massive landslide for the mudguard fraternity, almost outnumbering the mud lovers two to one. 39 followers were ambivalent or otherwise muddied the waters...

In favour of dry feet/bottoms – 82 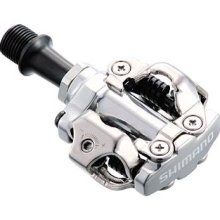 A day later we decided to keep the furnaces stoked by asking our readers whether they favoured clip-in pedals or flats. Little did we realise the torrent of feeling that we were about to unleash. Our Facebook faithful were overwhelmingly signed up to the clip-in pedal doctrine, with 90 followers registering an unequivocal ‘yes’ vote. Only 14 were die hard flat pedal fans, while the remainder were split, with many opting for clipped in pedals for the road and flats for MTB.

Of the clipped in devotees, many warned of the perils of the impromptu dismount. Lee Gosden’s cautionary tale was the funniest; “Clipped in, although some really funny incidents in the beginning, like stopping at traffic lights two abreast and starting off a chain reaction like domino rally.”

Other’s saw the progression to using clip-in pedals (confusingly known as ‘clipless’) as a rite of passage, the mark of a ‘proper’ cyclist (whatever that means). As Duncan Leitch put it; “Clipped if your serious, flat if you’re not”.

Prize for best random comment goes to Simon Hunt who recommended ‘a good pair of brogues... ...with clipless compatibility!’ 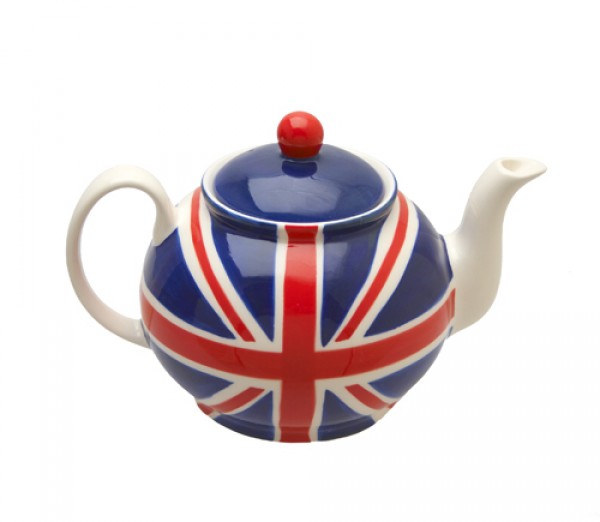 Perhaps the most interesting debate of all, revealing class division, north/south divides, alcoholism and pretentiousness in almost equal amounts. In the end, after a tense battle, there could only be one winner... Coffee, winning by a slim 42 votes to 34. Despite being typecast as a nation of tea drinkers, it looks like that us cyclists are a continental, cosmopolitan bunch (or at least pretend to be!). Of other beverages available, a few chose beer (post ride hopefully...), many voted for hot chocolate while two savoury individuals gave Bovril the thumbs up. However, amid the division, there was one clear winner, that universal energy food that should accompany any hot beverage – CAKE!

Thanks to everyone who engaged in a very entertaining week on British Cycling’s Facebook page.