Newly-crowned national champion Scott ‘Boom Boom’ Beaumont took victory in the final round of the HSBC UK National 4X Series at Redhill, securing the overall series win in the process.

The USN Racing rider came into the round knowing only victory in all races would be enough to overtake Kustom Bikes’ Declan Willicombe and he delivered when it mattered.

Beaumont threw down the gauntlet early in the day in the motos, winning all three of his races to send a clear message to the other Pro Elite riders that he meant business.

The 40-year-old led into the first berm in the final and never looked back, eventually extending his lead and comfortably crossing the line ahead of Connor Hudson in second and Alex Metcalfe in third.

In the women’s elites, Dialled Bikes’ Megan Wherry clinched the final and series victory despite missing the round at Fort William.

She went on to win all the remaining rounds, making it five victories from five to take the overall series from second-placed Courtney Abbiss.

The final saw Wherry get off to a great start and although fiercely fought out with Abbiss, Wherry rode a smooth race and stayed in control throughout, holding out to cross the line ahead of Abbiss in second and Anna Feichtner in third.

CONDITIONS ON THE COURSE

Although carrying the same amount of points as other rounds in the series, the day’s racing on the fast, dusty red clay of the Forest of Dean had an edge to it with all the riders keen to win the final race of the season.

The layout at Redhill, favourite of many riders, has few chances to pass and requires a fast start to have any chance of crossing the line in first place.

With none of the competitors giving an edge it made for some aggressive, combative racing.

After being crowned champion Beaumont said: “I came here today as the underdog, knowing I needed to win all of my races to stand any chance.

After her victory, Wherry said: “All the girls have amazing gates so I knew I needed to gain the advantage at the first bend, I’m super happy!”

Today was a very good day.

Could not be any happier. Went unbeaten all day to take the overall series. 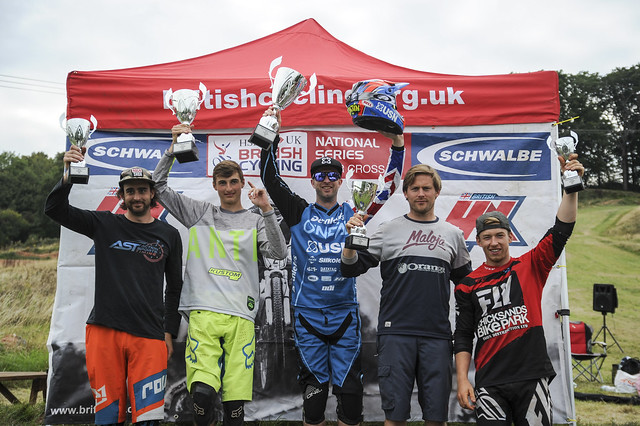