Road To 2012
Liam Killeen: “I’ll learn from Athens and Beijing to be at my best for London Olympics”

Liam Killeen – Britain’s most successful cross country mountain biker of the last decade – has spoken of his ambition to return to his best ahead of London 2012 and what that will take.

Talking exclusively to British Cycling, Killeen commented on the changes to the cross country race over three Games and his Olympic memories.

“I still remember my first games, very much so. Athens was a big event for me, I’d done the Commonwealth Games in 2002, but the Games is the next step up and the highest step. The race itself, it’s a bit of a blur, but I can remember getting a good performance out of myself – I was satisfied with how I rode.”

Killeen finished fifth on his first Olympic outing and went on to win the 2006 Commonwealth title, then scoring his best ever World Cup result – second at Mt. St. Anne.

Despite an interrupted 2007 season due to a virus, Killeen returned in 2008 battling from 78th on the grid to finish fourth at the World Championships, before heading to his second Olympic Games – but it was a different experience. 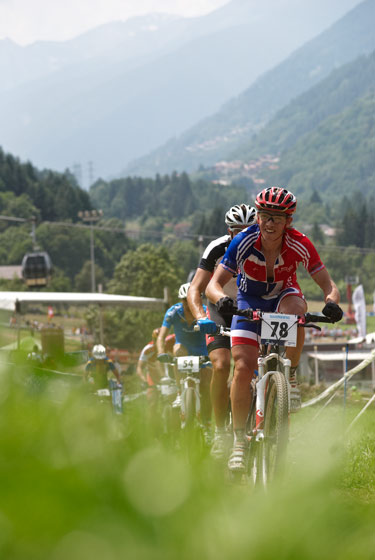 In 2008 Killeen finished fourth at the World Championships

“After competing in Athens, I was looking forward to Beijing and I wanted to raise my game. In the race I had a bit of a misfortunate first lap and didn’t do my best to give myself the opportunity to get a top result (Killeen finished seventh – Ed.) after crashing early on and having a mechanical. But the way I rode that day, I was pleased with the performance under the circumstances, so hopefully I can use all that knowledge and experience to get me through this winter and the early part of next year.

“I know I need to bank some decent UCI points in some of the early season racing to try and optimise my gridding for the Games in August. Ideally I’d like to be on the first row, that or the second row is where I need to be. The start on the London Olympic course is pretty crucial; the way it sets you up for the first part of the first lap means you need to be in the top eight riders.”

And Killeen had not only recognised the critical nature of the start, but also the changing demands of the Olympic mountain bike race, which has reduced in time from two and a quarter hours in 2004, to little over one and a half hours in 2012.

“The style of mountain biking has been condensed throughout my racing career right up to London and this means there really is little room for error. Obviously it is an endurance event but there is a focus on explosive sprinting throughout the race, which leaves the type of rider who will be up there as someone who can go very hard for the first few laps before holding on to the finish. The best guys will continue that effort for the duration but there seems to be a lot of guys now who can go the same speed as the leaders for the first couple of laps. To be honest producing consistently explosive first laps isn’t my strong point – or hasn’t been my strong point – so throughout this winter I am going to be looking to increase my explosive ability and speed in the early part of the race.

“I think I have got to put a big effort in to adapt to the new style of cross country racing, but it is still an endurance event so you can’t neglect that base condition which you do need to work on in the off season. To sum it up I will be incorporating a bit more power and speed work in the next few months compared to previous winters.

“Coming into December that means I will be doing some cyclo-cross that incorporates that short sharp top end work; that will be one of my weekly power speed sessions and one or two other sessions per week along with some traditional endurance work before returning to the mountain bike season.”