JLT Condor rider Briggs was part of an early breakaway and showed his strength to stay clear even as the peloton closed in.

And while a few riders were able to bridge across to the break, including Swift, Briggs was the fastest man over the line on the 93-mile course.

Swift entered the day in prime position to take the overall crown, and when he was able to bridge to the leading group on the final lap, he effectively wrapped that up to add to the British Road Race title he took earlier in the summer.

The race was run in difficult conditions with heavy rain making handling tricky, particularly in the first half of the race.

Briggs was part of an 11-man breakaway that got away, opening up a lead that reached five minutes at one point over the chasing pack.

He was joined in that group by Max Stedman who finished second on the day, but it was Stedman’s Canyon Eisberg team, and particularly Andy Tennant, that worked hard to bring the break back.

The peloton got to within 30 seconds as the breakaway started to split, but it was still anyone’s race heading into the final lap.

By that stage, Swift had made his move to get across, and once he did that, he showed his power to make the final cut as the lead group split in three.

However it was Briggs who was the strongest on the day and able to power home over the tough final climb and take the win.

Stedman finished in second, with Swift third to clinch the overall title by 46 points from Thomas Moses with Jack Pullar third. 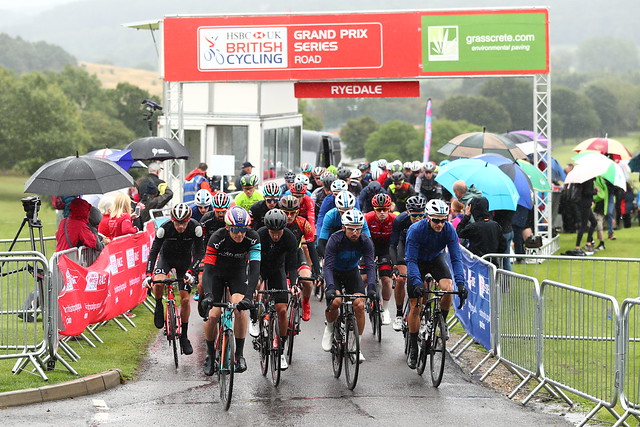