Heading into Sunday’s final three events, Trott held a lead of ten points before third place in the time trial and second in the flying lap gave the 23-year-old a 36-point advantage over France’s Laurie Berthon before the points race.

Trott then confirmed her dominance by taking a lap and five more points in the sprints to finish on 213 points, 53 clear of Berthon. 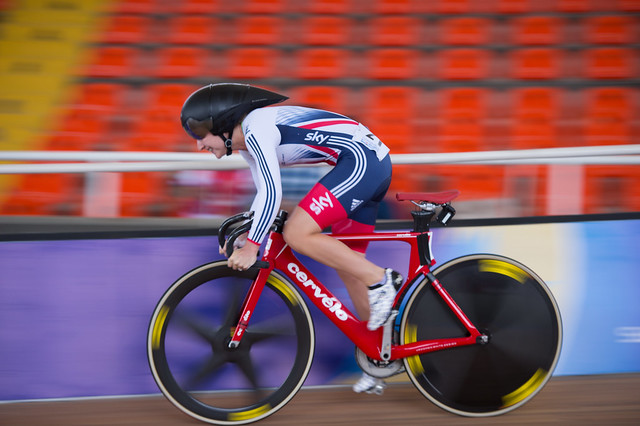 “We went into it thinking it was just a stand-alone points race. It’s not very often you go into a world cup with that sort of lead,” Trott said.

“We didn’t want to take anything for granted, I’m here to learn.

“As much as it was a nice position to be in going into that race, I wanted to come away from the race knowing that I can take laps, knowing that I am strong enough to do that.

“You can throw it away in a points race, you can’t just go into the race and think ‘I’ll just follow’. I guess proving to myself I can do it if I have to.”

She's done it! GOLD for GB's @LauraTrott31 in the omnium at #CaliTWC! Outstanding from the 23-year-old. pic.twitter.com/bMV6UliQP8

Jon Dibben was fifth in the men’s omnium.

The 21-year-old was seventh and 12th respectively in the time trial and flying lap before a superb points race put him within touching distance of a medal.

Dibben won 16 points in the sprints and took a lap for an additional 20 points to finish on 164 points. Russia’s Viktor Manakov took gold with 182 points.

In the women’s keirin, Katy Marchant went out in the first round after being forced into the repechages. Germany’s Kristina Vogel sprinted to gold.

Kenny reached the quarter-finals but was defeated by two heats to nil against Germany’s Maximilian Levy.

The 27-year-old had qualified in fifth with a time of 9.943 seconds with teammate Lewis Oliva ninth in 9.987 seconds.

In a repeat of the European championships, the pair were drawn together, this time in the 1/8 finals and Kenny once again progressed while Oliva went into the repechage but could not secure the victory needed to reach the final eight.