“I think Cali is probably one of my least favourite places in the world. I’m still scarred by the worlds!”

At the 2014 UCI Track Cycling World Championships, he was part of the British men’s team pursuit squad that finished eighth – the lowest place in the event for the Great Britain Cycling Team this century.

The 2015/16 UCI Track Cycling World Cup opens in Cali on Friday and Doull is determined to leave Colombia in a happier mood.

“It’ll be nice to go in there, doing a world cup without the pressure of the world championships. I think coming into it, we’re all pretty confident and in good form.

The 22-year-old is a man in form, following British dominance in the team pursuit at the UEC European Track Championships in Switzerland earlier this month.

Alongside Sir Bradley Wiggins, Doull was the only rider to be selected for all three rides in the team pursuit. While he admits that was a boost, the Cardiff-born rider knows that there’s huge competition for places ahead of the world championships and Olympics.

“It shows the kind of strength of depth the squad’s got. We had six guys who were all able to slot in (in Grenchen) without too much stress, to all go quick.

“Obviously we’ve still got Ed Clancy to come back in, so as a team, it’s a really healthy place to be.

The Great Britain Cycling Team finished over two seconds faster than Switzerland in the final at the European championships but Doull knows that the world cup poses an entirely new challenge for them.

“It’s another important one. Unlike the Europeans, it gives us the chance to test ourselves against the Aussies and the Kiwis who are probably the bigger rivals when it comes to the worlds and the Olympics.” 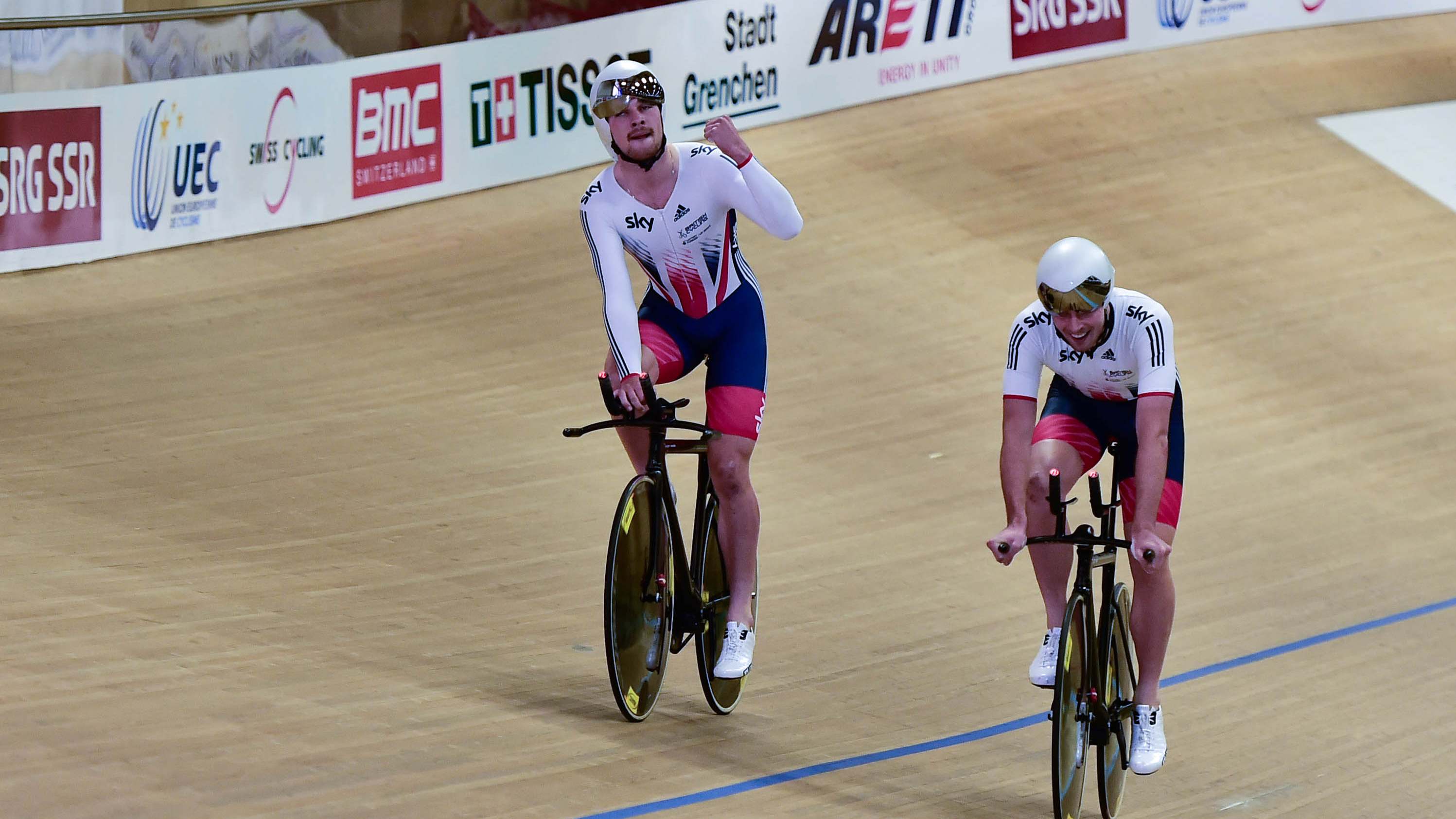 Away from the competition, Doull says there’ll be some major advantages to visiting Colombia with less than a year to go to the first ever Olympics in South America.

Although Cali and Rio de Janeiro are on opposite sides of the continent, the European champion in confident they’ll be able to learn lessons ahead of next summer.

“Getting used to a long flight and being able to perform out there is good preparation. The more you do it, the better you get at adapting to different time zones.

“It does help. It’s all pieces in the jigsaw.”

For now, Doull is putting the Olympics out of his mind. His focus is purely on the world cup – and getting another fast time.

“(In Grenchen) we wanted to go quick, that was the main thing. To do 3:55.243 in the final and win again was pretty special.

“Hopefully we’ll carry on with the success of the Euros in Cali and try and pick up another win and a quick time.”

If Doull can achieve those goals, he might remember Cali a little more fondly in the future.