The 73.8-kilometre race in Pietermaritzburg, South Africa, ended in a bunch sprint. 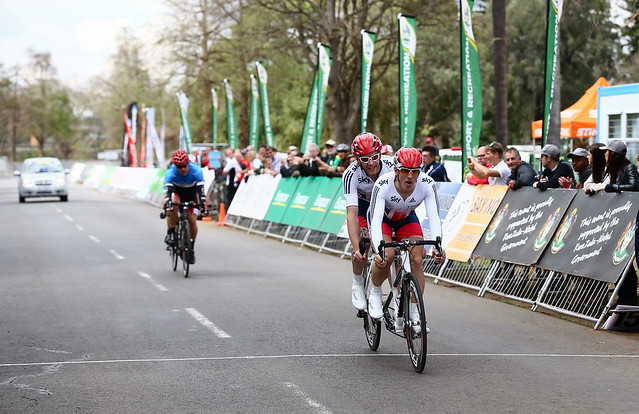 “It was fantastic to be racing against the best bikes in the world and come away with a win in the time trial and road race,” Hall said.

“It was a great way to finish off the last world cup race of 2015. South Africa has been good to us.”

There was further success for the men’s tandem as Stephen Bate and Adam Duggleby added a bronze medal in the road race to their gold in the time-trial, rounding off a fantastic breakthrough year for the pairing.

There was also a first medal at world cup medal for Liz Saul in the women’s C4 race as she finished in third place to take home a bronze medal.