British riders were in action yesterday at the final round of the UCI Cyclo-cross World Cup series in Hoogerheide, The Netherlands, with Tom Pidcock, Evie Richards, Ben Tulett and Cameron Mason all chalking up top ten results.

Tom Pidcock finished in seventh place in the elite men’s race, in what has been an impressive debut season as an elite rider for the 21-year-old. In the elite women’s race, Evie Richards was tactically smart throughout, but missed the final split in the last half lap to finish in fifth place.

Thomas Mein rode a confident and almost perfect race in the under-23 men’s category, but an incident within the last half lap saw his rear derailleur rip off meaning Mein did not finish. It was Ben Tulett who was Britain’s top finisher in fourth place having steadily worked his way up through the field, with Cameron Mason finishing a place behind him in fifth.

Rory McGuire was the best-placed rider in the junior men’s category in 21st place. McGuire was in the front group looking confident and comfortable for the majority of the race but was set back by three separate mechanical issues.

Cyclo-cross co-ordinator Matt Ellis said: “I was pleased with what I saw this weekend, I think we are in a really good place ahead of the world championships next weekend.

“Although we missed out on the podium, there were some great performances which will build confidence ahead of the worlds and equally there were frustrations from riders’ whose results didn’t reflect their capabilities which I know will give them extra drive next weekend.” 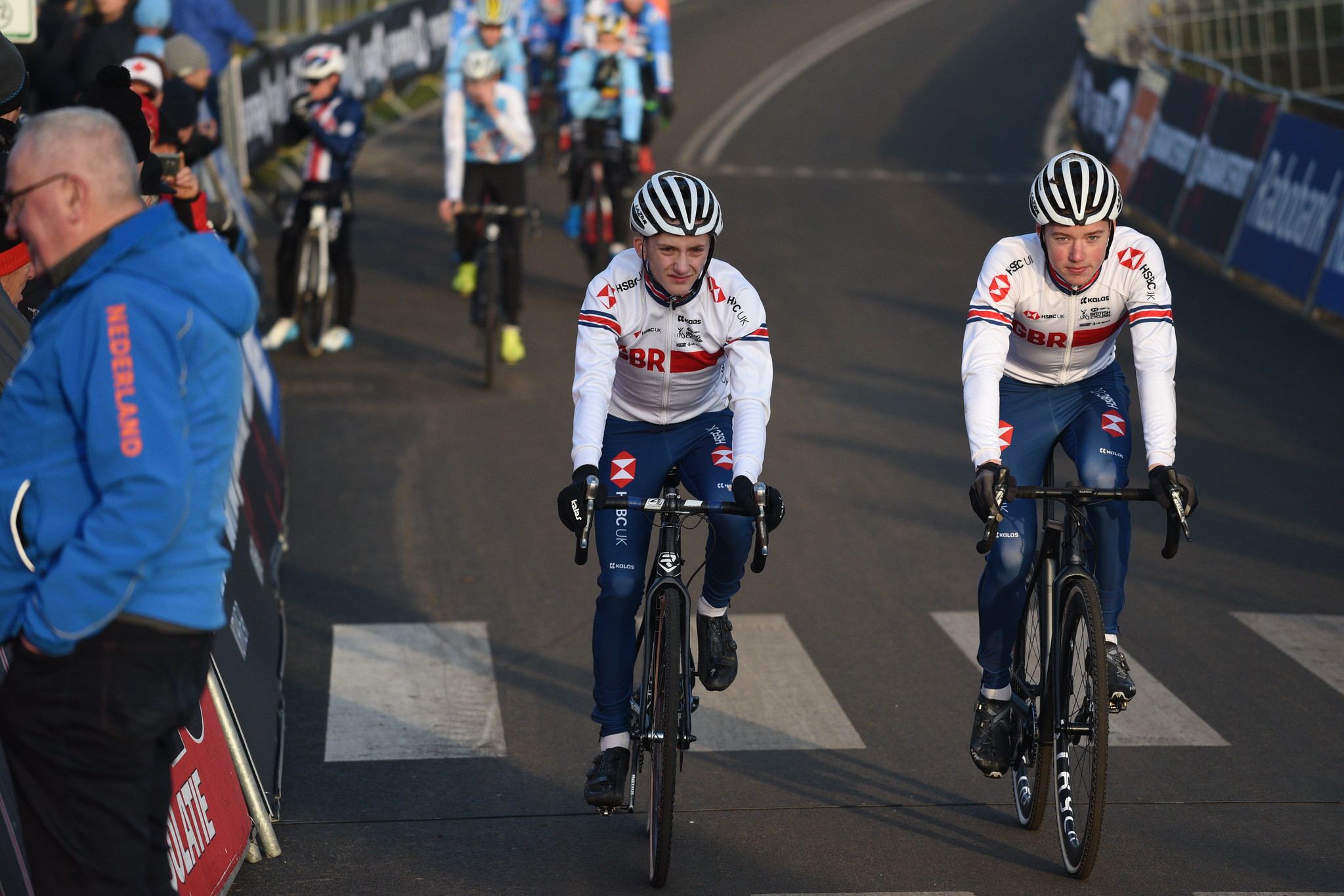 British riders show promise on day one in Dubendorf

It was a day of close margins at the 2020 UCI Cyclo-Cross World Championships, with Millie Couzens finishing fourth, Evie Richards sixth and Cameron Mason eighth.