Levels 1, 2 and 3 of British Cycling’s UKCC Coach Education pathway have been re-endorsed until 2013 following an independent review by the Coaching Standards Group.

The key qualifications within British Cycling’s Coach Education programme were recognised by the group, which as a sub-committee of Sports Coach UK, provides independent recommendations to the board on the continuing development of Coaching Standards, Licensing and Registration.

The endorsement recognises Coaching and Education’s ability to maintain high standards of delivery, assessment and quality assurance for all participants who pass through our world-leading programme.

The Level 2 and Level 3 qualifications have been re-endorsed until October 2013, while Level 1 will be re-assessed in April 2013 to factor in a new and exciting mixed media online learning platform which is being introduced in 2012.

The introduction of online learning will be a ground-breaking development within cycle coaching and will ultimately benefit every strand of our Coach Education pathway.

John Mills, Coaching, Education and Development Director at British Cycling, said: “We are delighted to have seen our Coach Education qualifications recognised and re-endorsed once again.

“The Coaching and Education team work very hard to ensure our coaching pathway is the best it can be and confirmation such as this reinforces our belief that we are currently leading the world in this regard. 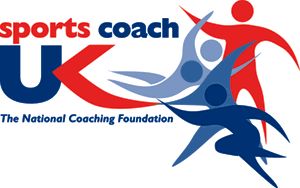 “Our Level 1 is looking to break new ground with the introduction of an online learning platform. It is an exciting development and one which we hope will ultimately benefit all the learners who undertake our ever-growing pathway of coaching qualifications.”

British Cycling have been presented with several certificates in recognition of the re-endorsement process, which has been well earned according to Rachel Hooper, Coach Education Advisor from Sports Coach UK.

“Sports coach UK is supporting the ongoing development of innovative learning opportunities for future coaches within the sport while remaining focussed on the underlying principles of UKCC.”