Blogs from double World Champion Scott Beaumont as he strives to become a qualified coach through British Cycling's pathway of Coach Education qualifications.

Having been double world champion and a pro-rider for over 15 years, Scott ‘Boom Boom’ Beaumont knows all about competing in cycle sport at the very highest level as one of the most recognisable and respected stars.

Now in his 30’s, the MTB fourcross specialist has turned to British Cycling’s coaching courses to improve his knowledge of the disciplines he has made his own as he looks beyond his pro-rider future.

With a series of coaching courses planned over the next 12 months, Scott will use these pages to chart his progress and the high and lows of his time spent with British Cycling’s top tutors working his way through a series of top quality qualifications.

SCOTT BEAUMONT - BACK ON FAMILIAR TERRAIN
Posted: March 14th
"I started riding a BMX when I was two and at the age of four competed in my first race at Redditch. 29 years later I returned to Redditch Premiers BMX club (which is still my club) to participate in the Level 2 BMX qualification. Along with another 10 keen BMX riders and our tutors, we began the two day course to obtain the qualification."

SCOTT BEAUMONT: MOVING ON TO LEVEL 2 MTB
Posted: February 27th
"I'm just back from what I will class as a truly fantastic weekend in Bakewell, Derbyshire. Day 1 began with introductions, which was a strange feeling for me as British Cycling used me for the photos in the Level 2 MTB workbooks. So unknown to most of the people in the room, the workbooks they were going to use had plenty of photo demonstrations by yours truly over the weekend!"

SCOTT BEAUMONT: LAST DAY OF LEVEL 2
Posted: January 27th
"After the course I now feel excited and ready to go out there and coach new riders. In fact I liked it so much, that I have booked onto two further courses with BC – Level 2 MTB specific and Level 2 BMX specific at the end of February.

"The courses are rewarding and fun, but most of all rich in information for the next wave of coaches. 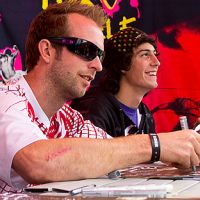 SCOTT BEAUMONT: FINAL PREPARATIONS
Posted: 20th January
"The real fun began when I took my first practical sessions. Everyone on the course has to complete six one hour lessons coaching beginner and intermediate skills to a class of cyclists. The feeling after completing the first class was fantastic and confirmed that I am going to really enjoy being a coach in my future years.

The third and final day of the course is tomorrow (Saturday) and I am looking forward to catching up with everyone and seeing how they all did." 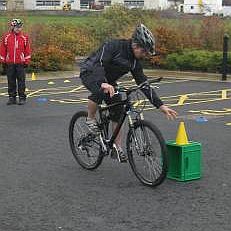 SCOTT BEAUMONT: STARTING LEVEL 2
Posted: November 9th
"So, I am back at home after my first two days of British Cycling’s Level 2 Coaching Qualification. I have to say what a fantastic weekend. I had no idea that the course would carry with it so much in depth detail and provide so many resources for coaches.

"After two fantastic days learning the fundamentals of coaching, I now can’t wait to get stuck into the coaching tasks that I have been assigned."

SCOTT BEAUMONT: AN INTRODUCTION
Posted: November 1st
"It is my experience as a professional rider that has really made me consider my future, where I can begin to offer something back to fellow cyclists and provide coaching to riders of all abilities.

"I have raced and trained on bicycles for 29 years and after years of helping friends and offering advice, I have decided that now is the time to knuckle down and get my full set of British Cycling coaching qualifications."