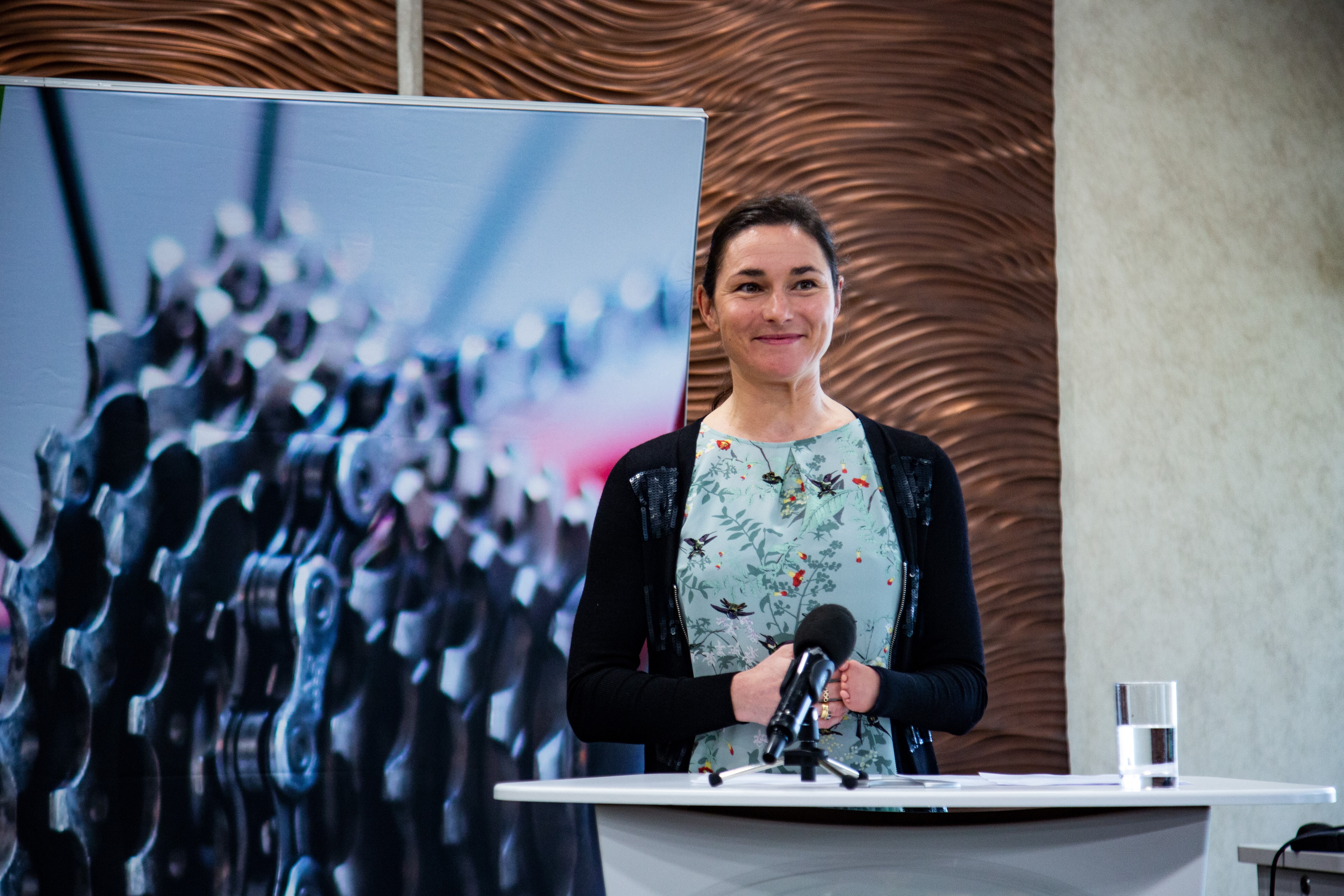 Ahead of the launch of our Let’s Change the Way We Move campaign, we caught up with some of British cycling’s trailblazers – people who are making already making a huge difference in towns and cities across Britain.

British Cycling Policy Adviser Chris Boardman was appointed as Greater Manchester’s Cycling and Walking Commissioner in 2017. Since then he’s been spearheading the region’s Bee Network plans – a fully-connected 1,000-mile network of walking and cycling routes.

We asked Chris about his hopes for Greater Manchester, the importance of local campaign groups, devolution and the role of British Cycling.

Irene McAleese is the Co-Founder of See.Sense, a company developing innovative bike lights which use patented sensor technology to monitor your riding experience. This includes detecting real-time information on collisions or near-miss events, road surface quality, journey flow, speed and dwell times, with the data then able to be shared to help identify and fix problem areas.

We spoke to Irene about how See.Sense data is already being put to use, the opportunities presented by big data and just how bad Britain’s roads really are.

Will Norman has been London’s Walking and Cycling Commissioner since 2016, working closely with Mayor Sadiq Khan to maintain the impressive progress the capital has made in recent years through the building of segregated cycle lanes and the innovative Mini Holland schemes.

We asked Will about London’s importance as a trailblazer for the rest of Britain, the role of businesses and the roaring success of the Embankment cycleway.

Dame Sarah Storey was appointed as the Sheffield City Region’s Active Travel Commissioner just last month, and will now work closely alongside Mayor Dan Jarvis to drive forward his transport strategy for the region in the coming years.

We caught up with the British Cycling Policy Advocate on her first day in the job, asking about her hopes for Sheffield in a decade and the one policy change at a national level that would help her to get the job done.

Design engineer Brian Deegan has worked in cities across Britain – including London and Leicester – to improve the environment for people on bikes and foot. He is now working closely alongside Chris Boardman to deliver Greater Manchester’s Bee Network.

We asked Brian whether he thought momentum was finally beginning to build behind active travel, and the big changes he wants to see to help drive the agenda forward.

Isabella Burczak is Manager of Advocacy and Mass participation events at the UCI – the international governing body for cycling. Last month Isabella paid a visit to Cambridge, Manchester and London to find out more about the work taking place in Britain and the opportunities for greater knowledge sharing across the world.

We spoke to Isabella about her hopes for Britain, and the potential for major cycling events to be a catalyst for wider change.