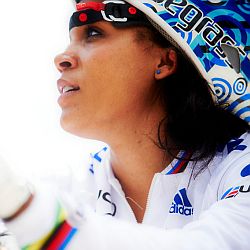 After consultation with the GB Cycling Team medical staff, Shanaze Reade has decided not to participate in the forthcoming UCI BMX World Championships after aggravating her wrist injury which she recently had surgery on.

Speaking of her decision, Shanaze said: "It was a tough choice to make as obviously I wanted to go out there and defend my World Champion title, but looking at the bigger picture, preparing for the BMX Test Event in August is the priority for my Olympic ambitions and I don't want to do anything to jeopardise being ready for that."