Beth Shriever and Chad Hartwell took early leads as the 2020 HSBC UK | National BMX Series got under way in Manchester. The weekend's action included the British Open where Beth Shriever continued her dominance and Graf took victory in the Men's competition.

Saturday's opening round saw a plethora of new riders taking to the elite categories, but Shriever didn’t let this faze her, as she returned to the top step without dropping a lap all day in the women's championship competition.

Second in that competition was Charlie Hartwell, and following on from his sister's second place, Chad Hartwell took to the track shortly after, managing to claim his first win in the men's superclass category after a move on Calum Strickland in the last corner of the final.

Hartwell and Strickland lined up side by side on the gate for the final, each with two wins in the motos. Nerves may have got to Hartwell as a bad gate start left him fighting through the pack, but with his sights on the win, he made a breath-taking move on Strickland in the final corner leaving the win to be decided on the line.

“I didn’t have the best of starts, but pushed hard down the first straight to put myself in the best position possible, and pushed using my full potential to the line,” said Hartwell post-race.

Round two saw the return of Kye Whyte who was on top form, as he dropped only one lap throughout the day to his older brother, Tre. Kye lead an exciting final to gain redemption after his loss to David Graf in the C1 international event the previous night, showing everyone he’s ready for the UCI BMX World Cup in April. 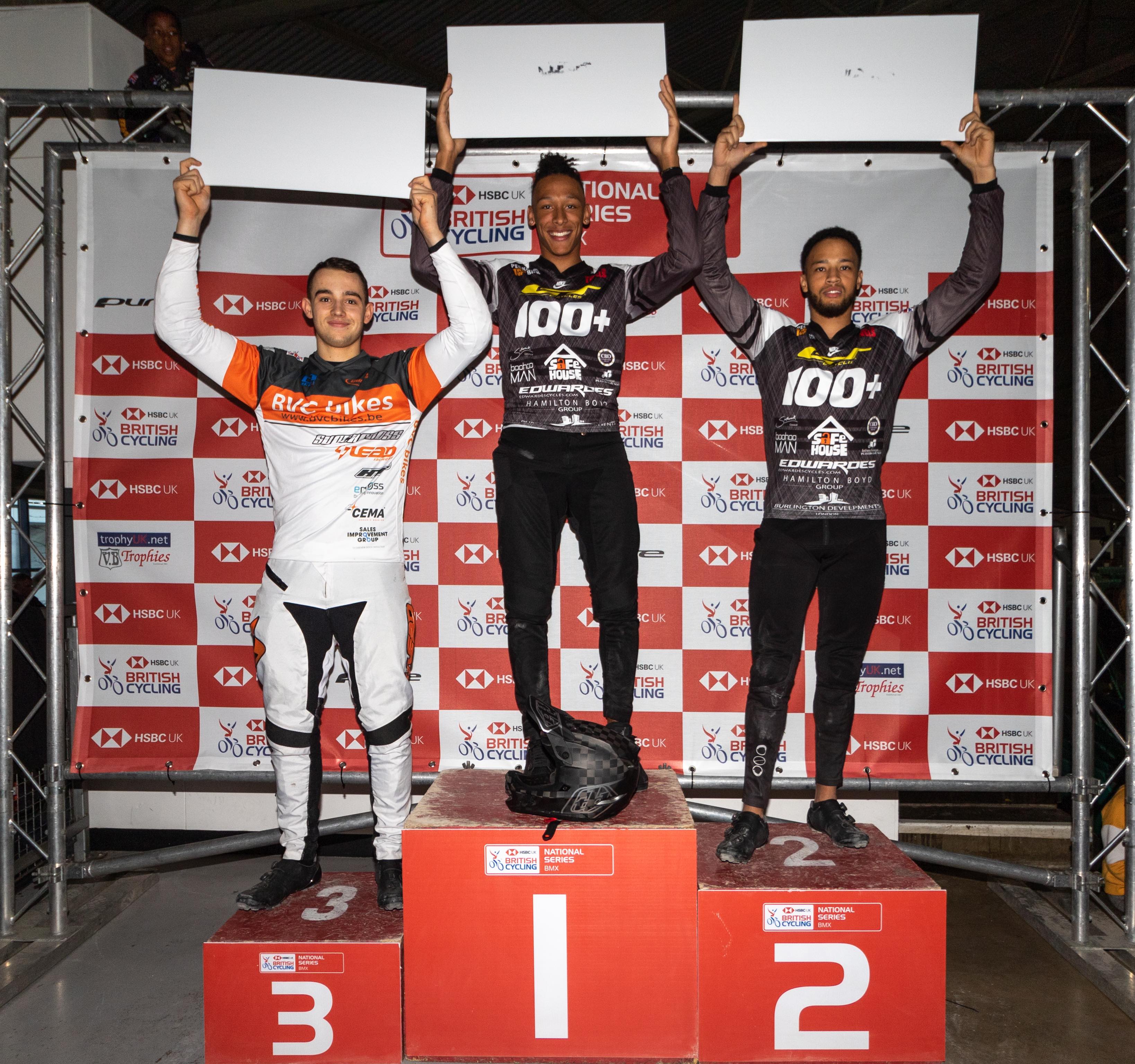 Shriever was also on top form ahead of that event, winning ten out of eleven laps, over the weekend, losing only to Judy Baauw.

“I had a very successful weekend of racing, coming away with both wins and taking the C1 win as well on the Saturday night. I had great fun racing and it was good to have some battles with Judy Baauw, which is great preparation for the world cup next month. I'm super happy with how my training is going so far and I’m looking forward to racing Birmingham next!”

The junior men’s class is always a treat to watch, and in another closely-fought weekend, Callum Russell was the only rider to make the podium both days, taking the top step for round two. The experienced riders in their second year of the class appeared dominated, with exception to Ethan Duffy, who defiantly made his mark in the age group, with a fifth in the first round.

The riders now look ahead to rounds 3 and 4, which take place in Birmingham on April 4 and 5.