Epic Cycles have announced that they will be supporting the Cheshire Classic Women’s Road Race in 2013 by sponsoring the Team Prize Competition. 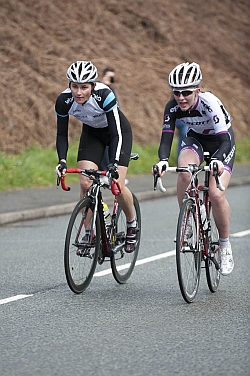 Epic Cycle’s sponsorship of the Cheshire Classic isn’t their only involvement in Women’s cycling; they are part sponsor to the Scott Contessa Epic cycling team which has nurtured new talent such as Junior World Time Trial Champion Elinor Barker, Molly Weaver and riders Beth Crumpton and Amy Roberts who went on to join the Great Britain Cycling Team.

Phil Weaver of Epic Cycles commented, “to be returning to the Cheshire Classic is great, it’s a prestigious race which is perfect for us as a quality brand. We are totally dedicated in supporting women’s cycling in the UK both through the race and the Scott Contessa Epic team”.

Race Organiser Andy Wood commented “to have Epic back on board is a great boost to the Cheshire Classic; they are great supporters of Women’s cycling. After last year’s race we asked riders for their feedback and it was very clear that a Team Prize competition was at the top of the agenda and Epic has allowed us to do that”.

The news follows the announcement of Breeze’s support of the Cheshire Classic. The race takes place on Sunday 28th April in Northwich, and is organised by Weaver Valley Cycling Club. Entries are now open with a large number of entries already submitted from around the UK. Last year’s edition was won by Paralympic superstar Sarah Storey (right) with previous winners including silver Olympic medallist Lizzie Armitstead, Nicole Cooke and two time Junior World Champion Lucy Garner.