The second race in the Hope Technology sponsored series saw great weather and close racing on a shorter main course than usual. The course design included a couple of new "off-piste" sections to keep the riders on their toes and push them hard at one of the best race venues in the country.

The Racer and Racing Diva categories were off first and Jiri Klekner (Wheelspin Cycles) took an early lead up the infamous tramway to claim the first lap prime of £25 in vouchers from the sponsor Leisure Lakes pushed hard by Jack Clarkson (Pedalsport CC). Jack started to fade after lap 2 and Tom Albutt (Joyriders MTB Holidays) then put in an attack to catch up to Jiri and then sat on him until the last lap where a strong attack saw Tom take the lead with any hope for Jiri disappearing when he was momentarily held up by a back marker in the chase to the finish. The final standings, first Tom Albutt, second Jiri Klekner, third Jack Clarkson. In the Cooksons Cycles sponsored Racing Diva's Becky Preece (Red Rose Olympic) lead from start to finish, holding off Steph Fountain (Saddle Skedaddle) even though by the last lap she was walking the steepest section of the course. Jo Holden completed the podium a lap down from Becky and Steph. With prize parity with the Racer category all is still to play for the series competition and the prize of a Hope Technology wheelset. Chris Edmondson (Blackburn CTC) was the first singlespeeder home in the Charlie The Bikemonger (possibly the best bike shop in Swanage) sponsored category and a top 10 finish overall.

Ben Howe took the honours in the Big Bear Bikes sponsored weekend warriors holding off the Big Bear Bikes duo of Rob Farrer and shop owner David Beeley. With Rob and David working hard to close the early lead of Robin in the last few laps less than a minute separated the top three riders. The Big Bear Bikes team are working heard to yet again dominate the trade competition with Leisure Lakes their main challengers fielding a weakened team this week due in part to the absence of their Directeur Sportif Matt Chester who was on his honeymoon (congratulations Matt).

The SRAM Have-a-go Heroes category was dominated by Neil Inman (BTC) lapping the field with Ralph Wilding and Tim Roper taking second and third place respectively. The SRAM Have-a-go Heroine category saw Beth Holden riding clear for her second win of the series and another trophy for the mantelpiece (or the rockery). With Kathryn Robinson marshalling due to injury, Melody Dark took second place on the podium. The Polaris Bikewear sponsored "Lads" category for younger riders again ran with a high quality entry, Edwin Oliver-Evans (Harrogate Nova) took the win from the improving Alex Turner (VS Cycles) and Andrew Nixon (Red Rose Olympic). 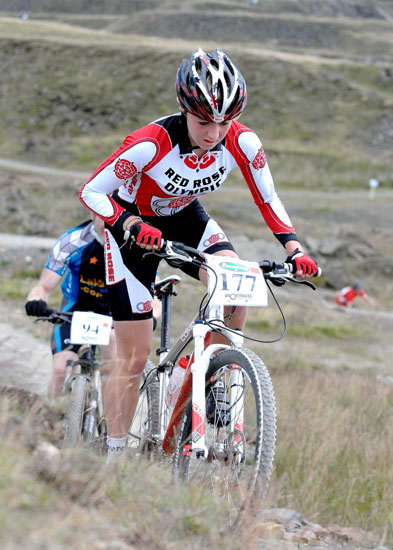 Thanks and appreciation go to the Buff sponsored marshals and the DHP11 sponsored sign-on/ timing team who gave up their morning lie-in to let others race, additionally to Lancashire CC for use of Lee Quarry and the local residents who tolerate the early morning disruption. A big thanks to the early bird course marking team who turned up at 07:00 to assist with the course setup (anything to get a free race lads!).

Race 3 is on the 21st August and pre-entry is still open. A new course design with more "off-piste" finds should shake things up and there is the added attraction of trade stands from Leisure Lakes and Big Bear Bikes, on-site catering, facilities and plenty of car parking for riders and spectators. 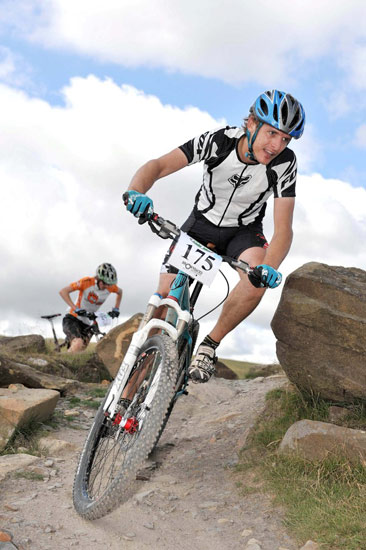