British Cycling is delighted to have signed an agreement with the Cumbria-based training company Cyclewise, which will take the delivery of our brand new to the Lake District.

The agreement follows recent changes in the ownership of Mountain Bike Leadership Award (MBLA), which now falls under the auspices of Scottish Cycling and has created a new opportunity for the future of MTB leadership in the U.K. Both Scottish Cycling and British Cycling have agreed in principle to bring the Awards together as a unified governing body award and have committed to working towards this over the coming year.

Based at Whinlatter Forest, Cyclewise bring 10 years of MTB leadership experience to the agreement, much to the delight of John Mills, Coaching, Education and Development Director at British Cycling, who has welcomed the incoming expertise to what is set to become a very active delivery programme.

He said: “It is a great opportunity for us to strengthen our delivery program and ensure candidates are able to receive the best possible leadership training at a location that suits them.

“As an organisation, we are extremely proud of the qualification having put a great amount of time and effort into ensuring the qualification is as good as it can possibly be. This agreement is further recognition of our reputation and it gives me great pleasure to be in a position to further reinforce our links with Cyclewise.” 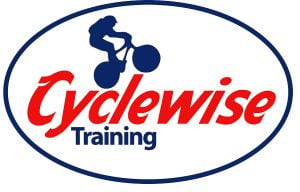 With the new agreement in place, Cyclewise has taken the decision to cease delivery of all MBLA training courses and will instead now only be delivering the new British Cycling MTB Leadership Award. They will continue to deliver TCL assessments and MBL assessments until July 2012 after which time they will cease all delivery of the MBLA scheme. After that time please visit www.scottishcycling.org.uk for a list of assessment opportunities.

Rich Martin, Director at Cyclewise, said: “We are extremely pleased to be in an agreement with British Cycling and look forward to delivering this new and progressive mountain bike leadership programme. With the organisations working together to help create and deliver an award to the very highest of standards the future of mountain bike guiding and leadership is sure to be an exciting journey for all involved.”

Inevitably these changes raise questions for existing clients of Cyclewise who may already be fully qualified or part way through the MBLA training pathway. Currently no transfer pathway exists between British Cycling and MBLA, although, it is hoped that with the creation of a unified award a clear and easy conversion pathway can be introduced.

In the meantime all MBLA qualified leaders will continue to be recognised by both organisations.