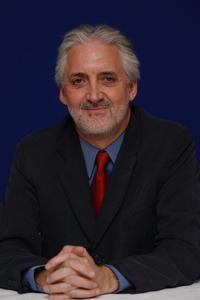 Former Court of Appeal judge Sir Philip Otton will chair the Independent Commission to look into the issues and allegations contained in the USADA decision relating to the Armstrong affair. Sir Philip Otton will be assisted by UK House of Lords Peer and Paralympic Champion Baroness Tanni Grey-Thompson, and Australian lawyer, Malcolm Holmes QC.

British Cycling President Brian Cookson OBE said: “British Cycling welcomes today’s announcement about the representatives who will sit on the Independent Commission. We need a robust review of the USADA report and its implications for cycling – that is why it is so important that we have an independent panel looking into the issues raised by the Lance Armstrong affair.

“I look forward to hearing the Commission’s recommendations – this is a crucial step on the road to repairing the damage done to the sport in recent years.”

Pat McQuaid, President of the UCI, said: “I am grateful to John Coates, President of the International Council of Arbitration for Sport, for assembling such a high calibre and truly Independent Commission. The wide ranging terms of reference demonstrate the Commission’s determination to review fully the issues contained in the USADA report and I welcome that.”

“I look forward to hearing the Commission’s recommendations – this is a crucial step on the road to repairing the damage done to the sport in recent years."

The Commission, which will act as an external body and will be fully independent of the UCI, ICAS and CAS, will hold a hearing in London between 9 and 26 April 2013. It then aims to submit its report to the UCI by 1 June 2013, or shortly after. The purpose and wide-ranging remit of the Commission is set out in the attached Terms of Reference, which was drawn up by the Commission members themselves.

The independence of the Commission is further demonstrated by its appointment of counsel to assist it as well as the need for the UCI to have its own legal representation at these hearings and throughout the process.

McQuaid added: “Some of our critics have suggested that this Commission would not be fully independent. They were wrong. The UCI had no influence on the selection of the Commission members.

“The appointment of these three eminent figures demonstrates clearly that the UCI wants to get to the bottom of the Lance Armstrong affair and put cycling back on the right track. Rather than simply attacking the UCI, our critics now have an opportunity to be part of the solution. I would ask them, therefore, to make their representation to the Independent Commission – and to start to put cycling first.

“The costs of the Independent Commission will be a significant burden on the UCI, however it is clear that only such a decisive and transparent examination of the past will answer our critics by thoroughly examining our assertion that the UCI’s anti-doping procedures are and have been among the most innovative and stringent in sport. ”

In the coming two weeks, the UCI will also be announcing details of a wide-ranging Stakeholder Consultation to look into the future of cycling and discuss how to bring in lasting improvements, as well as to tackle other issues of concern within the sport.