Round three of the HSBC UK | National Trophy Series took place in Callendar Park, Falkirk at the weekend, with showery conditions making some areas of the picturesque course slippery. But with wind and sunny spells the track held up exceptionally well, given over 600 riders were racing.

The layout at Callendar Park had something for everyone, with a mixture of surfaces including tarmac, gravel, grass and of course, Scotland’s finest mud.

Many riders - and bikes - couldn’t hack the steep climbs, with several mechanicals occurring under the torque needed to get up the worst of them. The hurdles provided plenty of entertainment in front of the stunning Callendar House, with riders of all ages choosing to bunny-hop this obstacle, with varying levels of success. 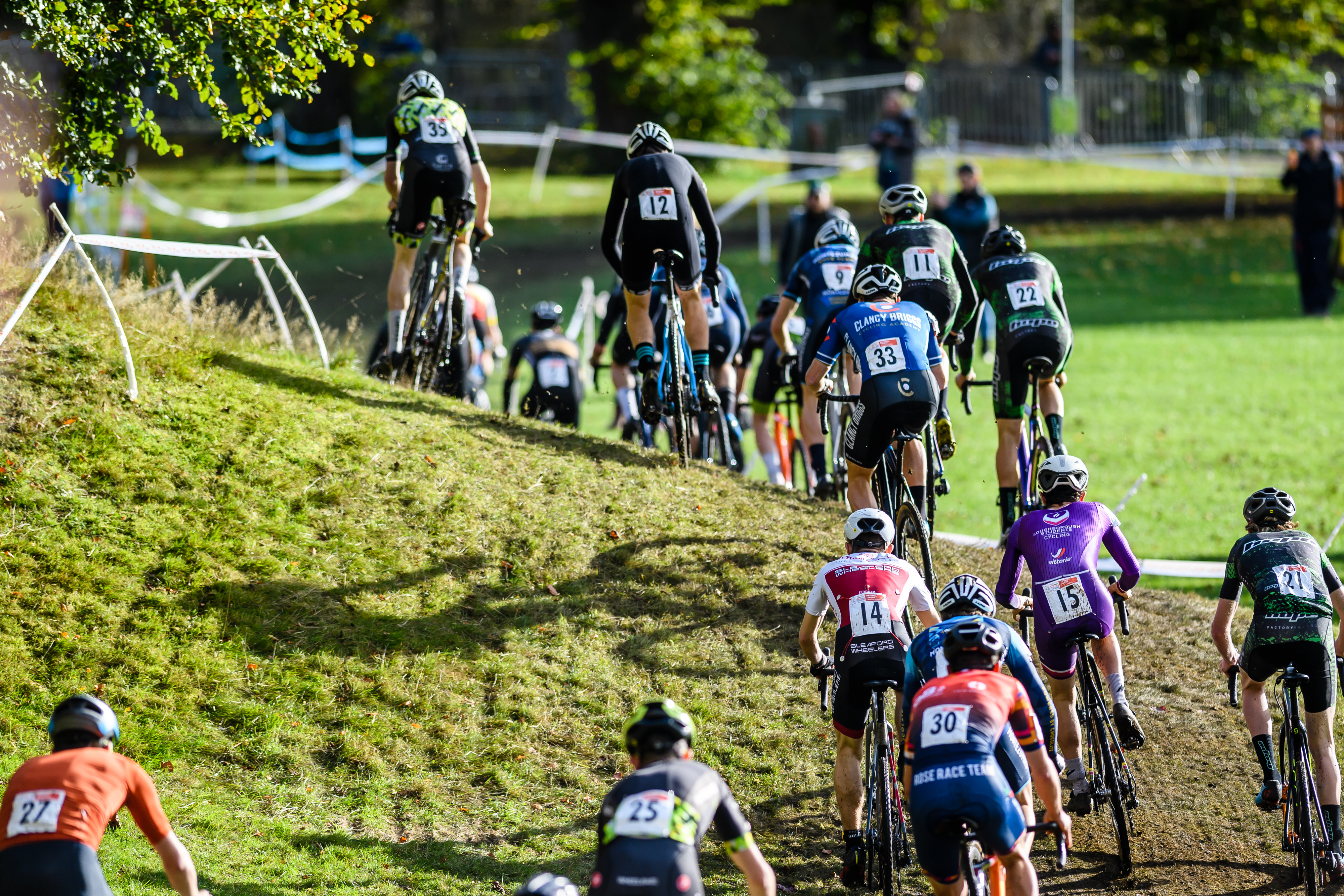 The vets and grand vets opened the race weekend on the Saturday, with Nick Craig taking an early lead to claim victory in the packed 50-59 Men's field, followed by Mike Simpson in second. A great battle for third place ensued with just one second separating the final podium spot and fourth, but it was Nicholas Whitley who claimed third.

Paul Oldham stormed to victory in the men's 40-49 field, taking his win by 48 seconds. Adrian Lansley took second and Lewis Craven in third.

In the vet women’s category, Catriona Ross took a comfortable win by a minute and 11 seconds ahead of Helen Pattinson in second and Clare Hoskins in third.

In the youth races, Cat Ferguson looked smooth in her journey to the podium, taking first place in the under-16 girls’ field, ahead of Daisy Taylor in second and Imogen Wolff in third.
In the under-14 girls’ race Aelwen Davies came out victorious, with Zoe Roche in second and Melanie Rowe in third.

With the course now nicely churned up from a day of riding the youth boys took to the track. In the under-16 boys’ race, Alfie Amey pipped Sebastian Grindley to first place by just seven seconds, while Elliot Rowe came in third.

In the under-14 boys’ event only 21 seconds separated the podium with Leon Atkins taking first, George Cooper in second and Albie Jones in third.

Sunday started with the junior races, but thanks to rain overnight and a slight change in course - with the forest section taken out and a revised start line - riders were thankful for the early practice on this brutal lap.

In the junior women’s field Ella Maclean-Howell kept the blue jersey, taking the win by 37 seconds, ahead of Libby Bell in second and Elizabeth McKinnon in third. In the junior men's race Nathan Smith dominated from the start, taking and maintaining an early lead. Nathan kept pushing and took first place with a comfortable gap of one minute and 23 seconds. Bjoern Koerdt took second and Jospeh Smith in third. 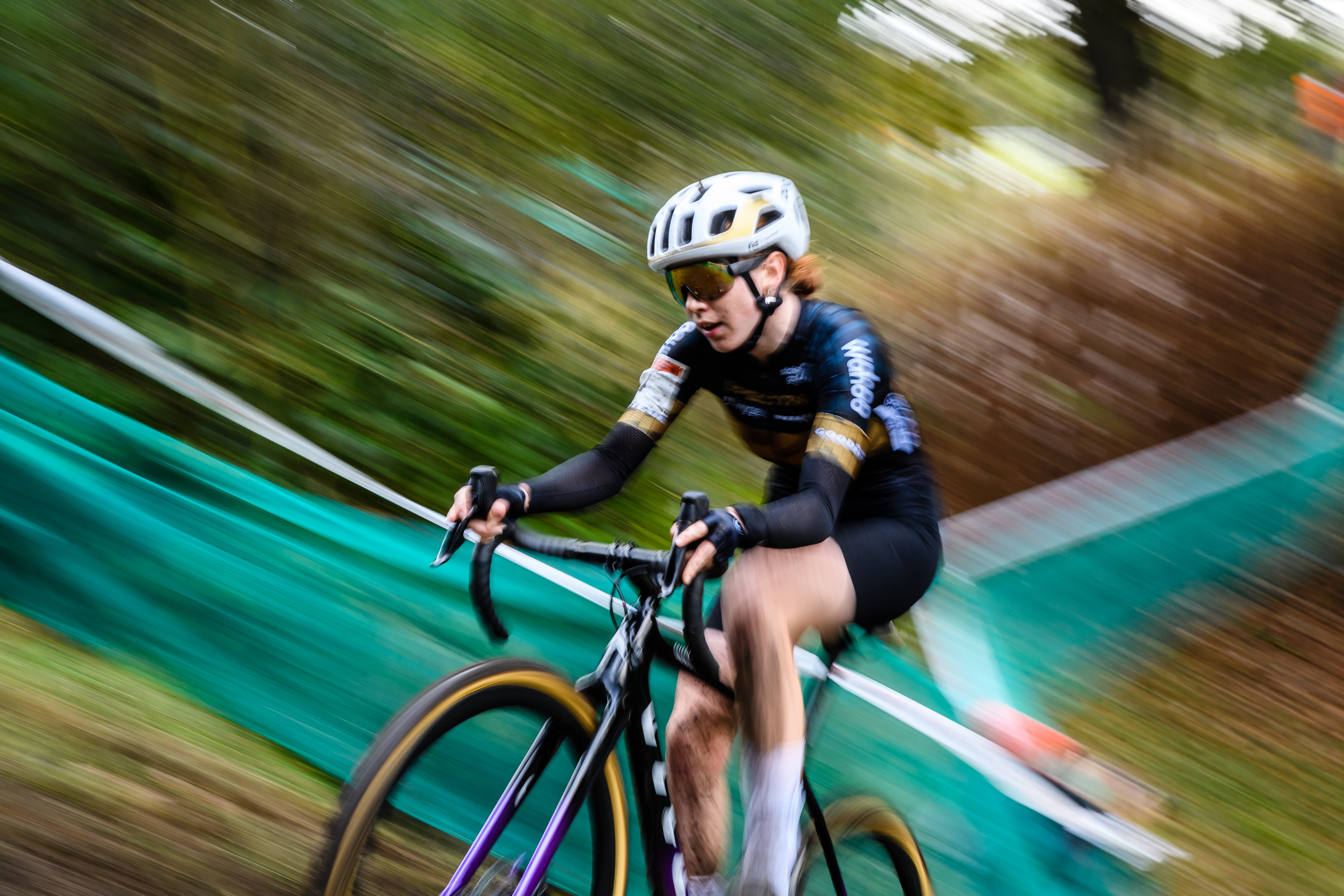 Thanks to a rain shower ahead of the elite races, the muddy chutes on-course became treacherous – making for some entertaining racing! In the women’s race Josie Nelson took first place on the first outing for her new team, ahead of Anna Flynn in second and Alderney Baker in third.

In the men’s race a large field of riders took the track, with a big pack together for the first lap. T-MO racing’s Corran Carrick-Anderson led from the front, the first year under 23 rider gapping Ian Field by a minute and putting a lap into two thirds of the field. Corran took not only the win but claimed both the green and yellow jersey, ahead of Ian Field in second and Joe Coukham in third.