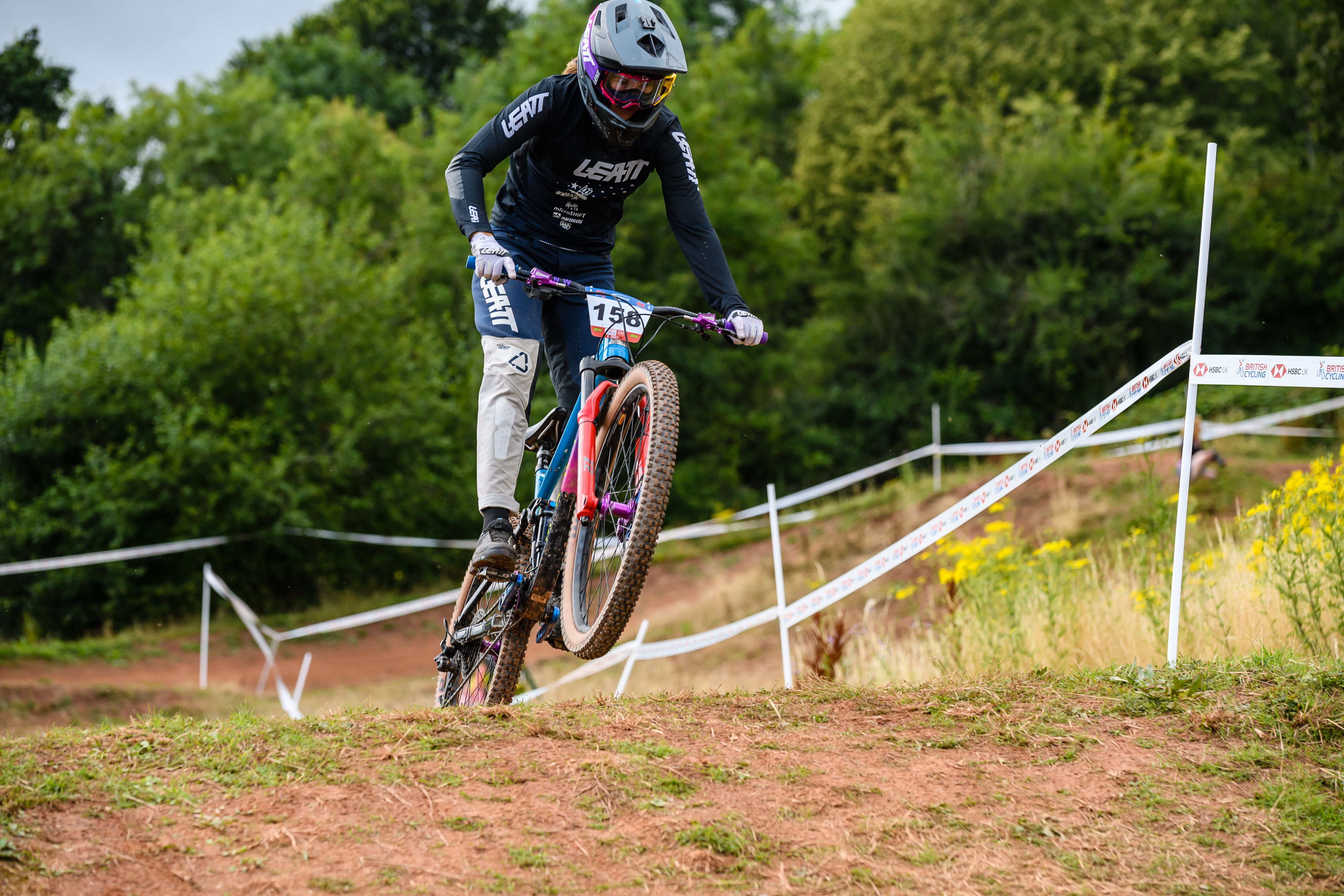 With rain wreaking havoc over the weekend, there were concerns about the races being able to take place. However, a swift decision from the organisers on Friday to cancel Saturday’s round of the HSBC UK | National 4X Series gave the track a chance to dry out and allow the National Championships to happen.

The day opened with practice laps, giving riders the opportunity to the get used to the soft but grippy track.
As the cautious practice came to an end and the weather started to warm up, the course dried out and riders became more ambitious.

The moto’s threw themselves into jumps and the red flags were dusted off after some big crashes over the pro-line jump.

Due to the unique way in which National Championships are run, the Senior riders in both the male and female classes did not race their usual moto’s, in favour of time-seeding runs and knock-out based heats with the fastest two riders qualifying for the next round.

Despite some tough knock-out races and a strong final line up, Scott Beaumont found the focus to take the elite men’s win and national title, holding off Charlie Currie’s challenges. Charlie took second and the reigning champion Will Evans took third.

In the elite women's race, Martha Gill stormed to victory in her first ever 4X race, followed by Katherine Oldfield in second and Katie Roach in third. All riders crossed the line but waited in concern for their fellow rider Josie McFall who had suffered a nasty crash part way down the track. Thankfully she was able to continue her run and join her fellow competitors at the finish line.

In the masters race we saw the long awaited return of Scott Roberts after a nine year absence. He took third behind Simon Cheung in second and Martin Brown in first, in one of the most tightly contested races of the day.

This couldn’t be more different to the dominant performance of the junior male race, with Zac Hudson taking victory ahead of William Goode in second and Fred Hunt in third.