The 21-year-old from Leeds rode a masterful race on a testing and technical 28.25km circuit at the Izu MTB Course.

After making a race-winning attack on the fourth of seven laps, Pidcock - who celebrates his 22nd birthday on Friday - never looked in trouble as he comfortably held off silver medallist, Switzerland’s world number one Mathias Flueckiger, by 20 seconds.

Spain’s David Valero Serrano took bronze, 34 seconds behind Pidcock, who even had time to collect a Great Britain flag on the finishing straight, which he waved as he crossed the finishing line. 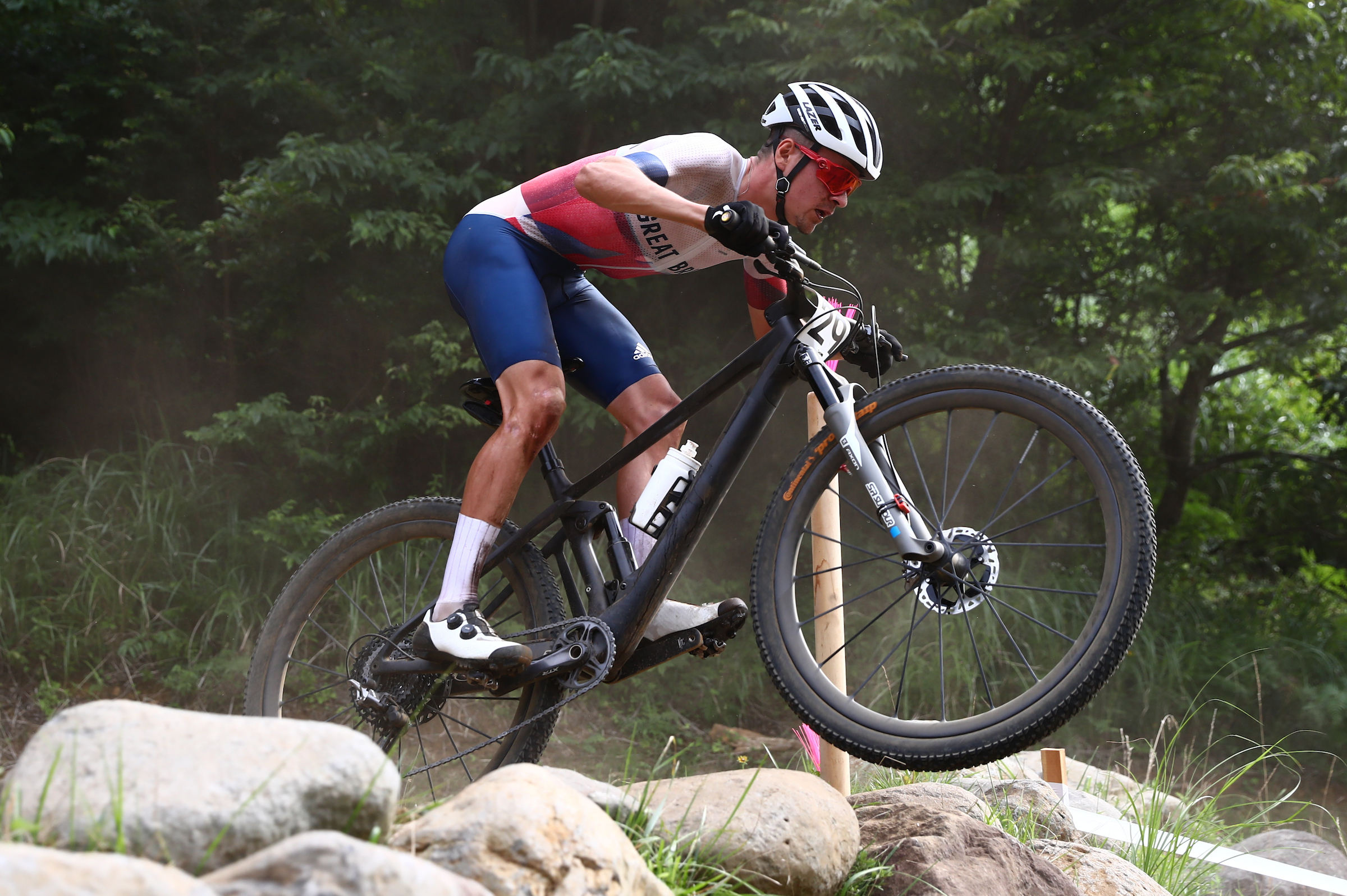 The achievement - Great Britain’s first ever mountain bike medal at an Olympics - was all the more remarkable given that Pidcock suffered a broken collar bone after being hit by a vehicle on a training ride in late May.

“It’s been really hard,” said Pidcock. “I haven’t done a good race since the injury.

“I’ve trained really hard and knew I was in great shape but there is always doubt when you haven’t performed in a race.

“But once the race started I knew I was in a good place. With the heat, I didn’t feel good but then everyone told me no-one is going to be feeling good!

“It’s not real, really. I think it’s pretty crazy I would even become an Olympian. I was just trying to tell myself that before the race. It’s something special just to be here.”

Pidcock, a road professional with the Ineos Grenadiers team, also had to overcome an unfavourable starting position, with the British rider on the fourth line as the 38-rider field got underway.

But on the 1.3km start lap, Pidcock made up an astonishing 26 places and quickly took his place among the early pace-setters.

He also showed expert handling to avoid one of the pre-race favourites Mathieu van der Poel, who crashed on the rocky Sakura Drop section. Pidcock skilfully picked his way around the fallen Dutchman who was later forced to abandon.

Pidcock quickly found himself in a group with Swiss pair Flueckiger and defending Olympic champion Nino Schurter, plus Anton Cooper of New Zealand, but only one rider could match the Yorkshireman’s big attack on lap four.

By lap five, however, even Flueckiger was struggling to hold on to Pidcock’s masterful pace and the lead grew to 11 seconds with the British rider edging further ahead over the final two laps of a composed performance.

Pidcock came into the Olympics ranked only 15th in the world in the UCI mountain bike rankings, due to his early-season road commitments and the injury which disrupted his preparations.

But his efforts in winning Great Britain’s third gold medal of the Tokyo Olympics, on his Olympic debut, marked the biggest victory of his career to date.