The Great Britain Cycling Team won four gold medals and one silver in the time trial events on the opening day of the 2021 UCI Para-cycling Road World Championships in Cascais earlier today. 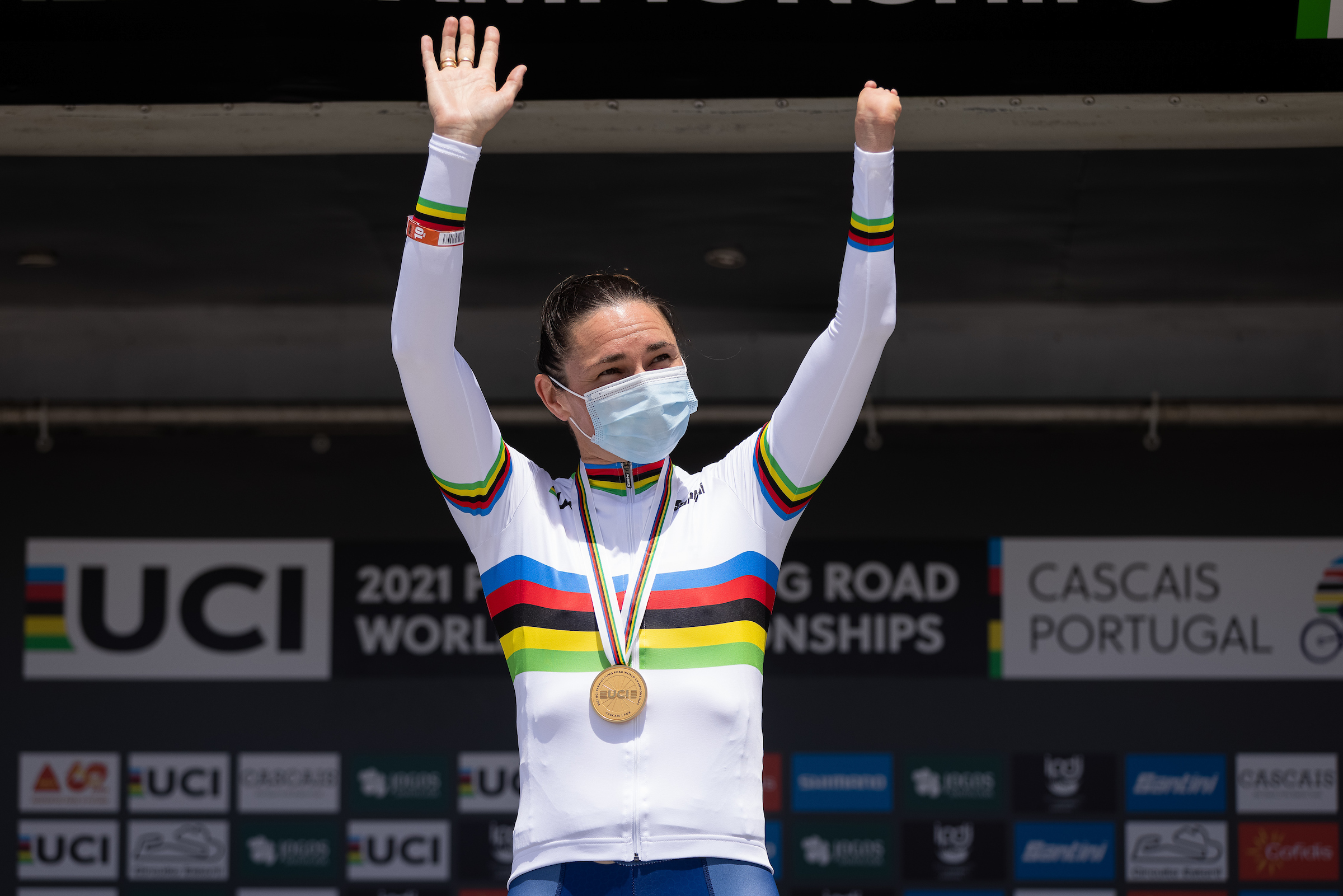 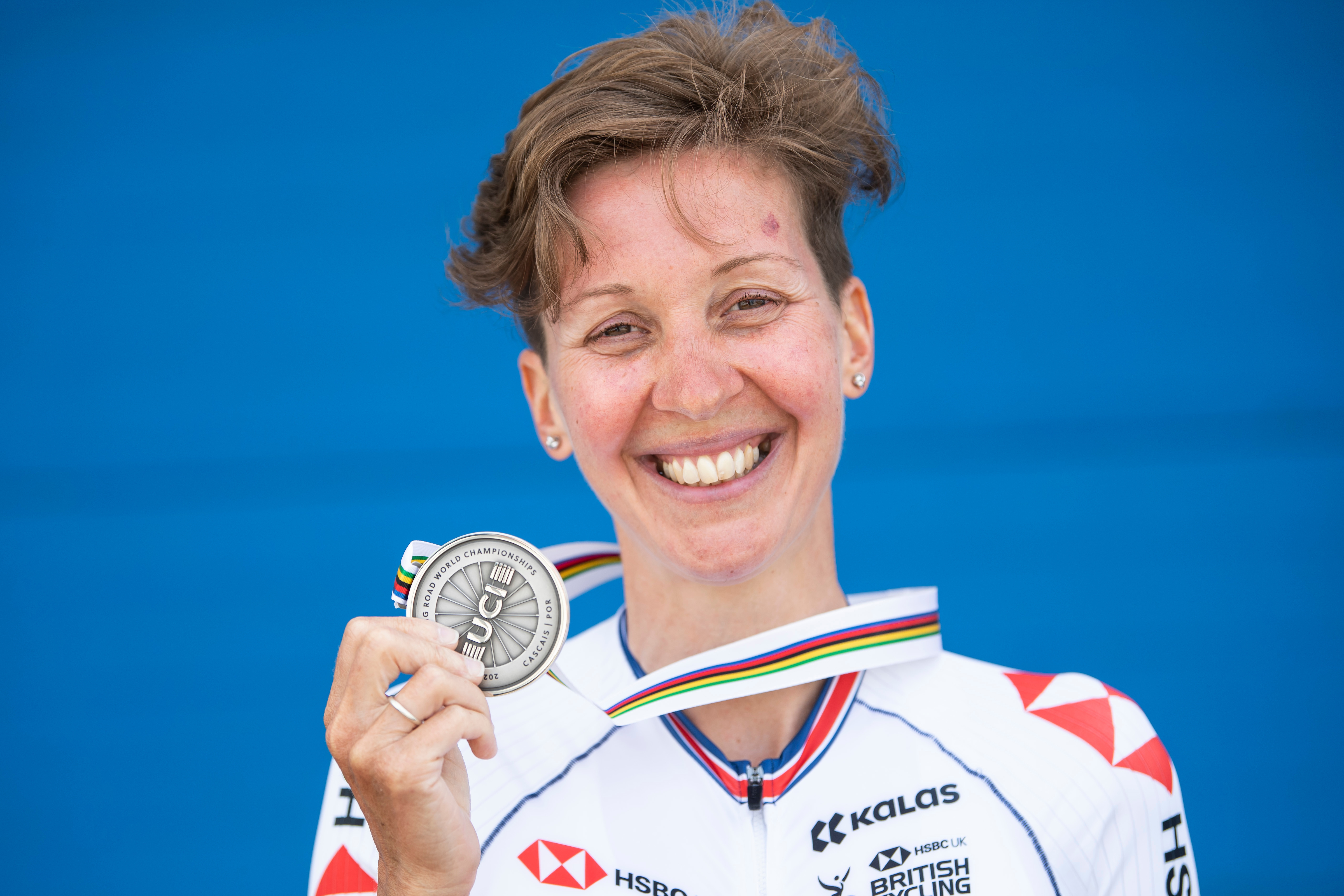 Reigning world time trial champion Storey completed the 25.2 km course in a time of 35:47.24 to defend her title, while Lane-Wright finished in second place, in 36:33.33. Germany’s Kerstin Brachtendorf completed the podium in bronze medal position.

Speaking of her victory, Storey said: “It feels good to cross the finish line in first place. It’s obviously been a bit of a strange few months, it’s my first trip abroad since February last year and it’s great to finish with a gold medal.

“The course is entirely on the Estoril motor circuit so it’s out and back in each direction, so you’ll get a really great tail wind in one direction and then a terrible headwind in another, plus the corners are quite unpredictable so all the training I’ve done in Lanzorote over the years has certainly helped me today!”

Next to visit the top step of the podium for Great Britain was the tandem pairing of Steve Bate and Adam Duggleby. They completed a storming ride over four laps of the course, finishing their 33.6km race in 41:11.60. Only 700 hundredths of a second separated the silver and bronze medals, won by the French and Dutch pairings respectively.

After collecting their rainbow jersey and medals, Steve Bate said: “It feels pretty amazing really. We took the decision to skip the world cup in Belgium to focus on this event and that’s paid off so I couldn’t be happier.”

Adam Duggleby added: “The course was very windy, it was quite a struggle to keep the bike going where you wanted it to go at times, but I think we did a pretty good job – I think we paced it pretty good, and it paid off.” 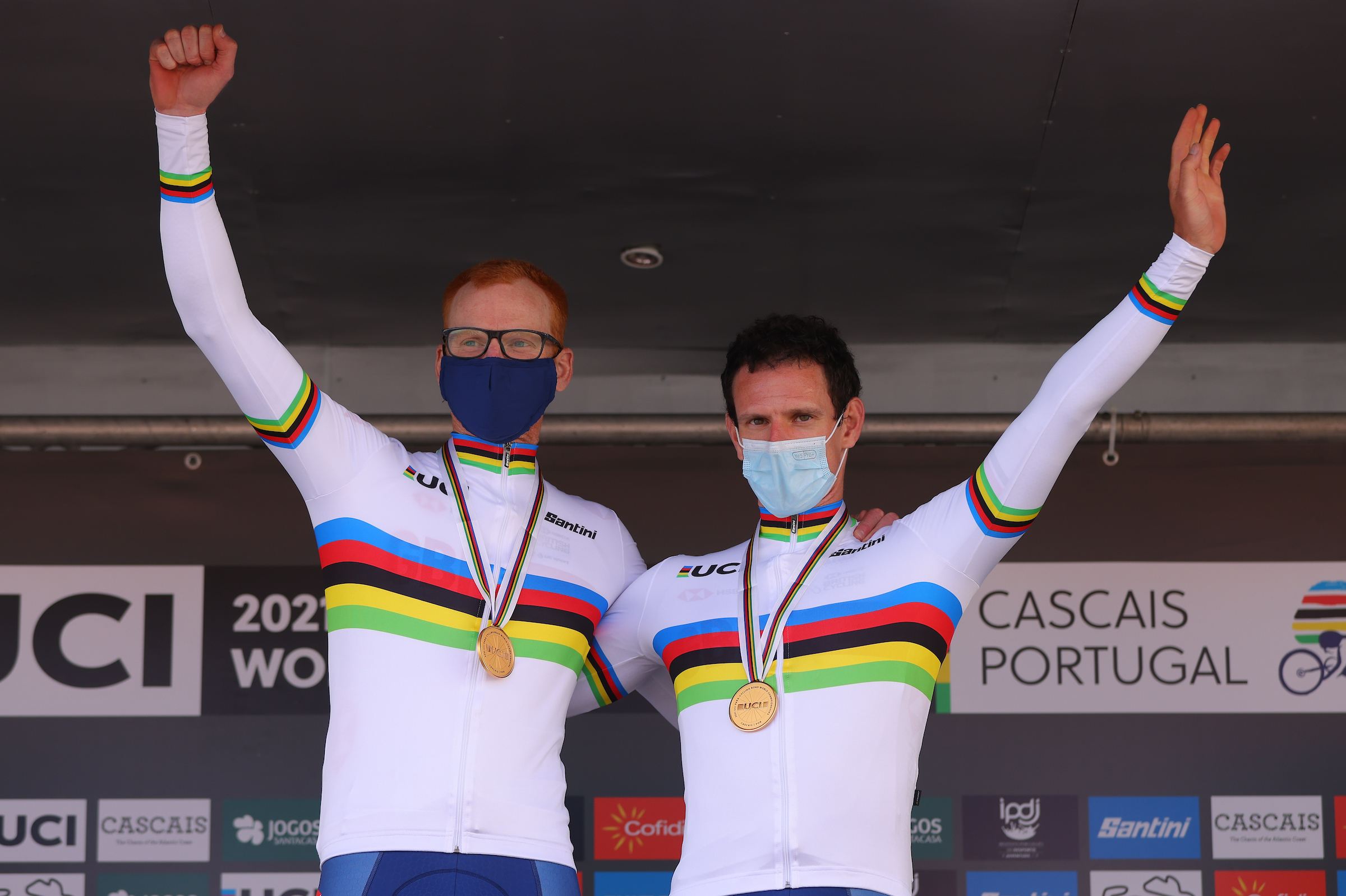 Peasgood said: “I feel pretty overwhelmed, I came here without any expectations, I just came out to have a good ride and thankfully I did. I was always going to be happy no matter what, as long as I got everything out that I could on the day, and I did. I couldn’t have ridden it any better so I’m chuffed with that. The course was grippy, everyone knew it would be quite windy but I think it played quite well to me. Everyone had the same conditions, it was challenging but it was good fun.”

Lora Fachie and Corrine Hall won the final gold medal of the day, taking the victory in the women’s B time trial in a time of 48:28.38 over the 33.6km course. The silver medal went to the Irish team who completed the course in 48:59.10, while the Polish pairing took bronze with 50:05.60. Making their world championship debut in the women’s B category was Sophie Unwin piloted by Jenny Holl, who finished in fourth place out of the field of 15, just two minutes 14 seconds off the gold medal.

Fachie said: “I’m pretty chuffed with that one, I think when I look back this will be the one that means the most. It’s the first race back for over 18 months and both of us throughout lockdown worked really hard so we’ve really earnt this one.”

Hall added: “The race was brutal! The course itself was pretty incredible, for us to be able to race on a motor racing circuit in preparation for Tokyo – you couldn’t have asked for a better course, but the wind was absolutely brutal. It was one of those where you go in knowing how to ride the course, but the wind was so changeable you just basically had to react as the race went on. From our point of view, that’s probably the best time trial we’ve ever ridden, so to say we’re chuffed is an understatement. It was incredible.”

Elsewhere, Daphne Schrager made her debut for the Great Britain Cycling Team at world championship level, finishing in fourth place in the C3 category. Schrager faced the challenge of being reclassified during the competition, but took the decision in her stride and laid down a promising performance for her Paris 2024 hopes.

The competition resumes tomorrow, with Alex Brooke-Turner and Luke Jones in action for the Great Britain Cycling Team in the hand bike events.