After a four-month absence due to the Covid-19 pandemic, British Cycling last week welcomed the return of competitive racing in England.

Following the official lifting of the suspension of racing on August 1st the first circuit race took place in Hemel Hempstead on Tuesday, followed by the first outdoor track event in Newcastle-under-Lyme on Thursday.

Racing has been introduced after British Cycling received approval from the Department for Digital, Culture, Media and Sport on its action plan for safely returning outdoor events. The plan sets out the general measures which organisers need to put in place to deliver a safe, Covid-secure event, and also suggests discipline-specific adaptations such as new race formats and limits on field sizes.

All events for the remainder of 2020 will be designated as non-ranking, with the hope that many will take the opportunity to try out racing for the first time. You can find out more about the action plan in The Way Forward – Cycle Sport Events.

Andy Fleet of Hemel Hempstead Cycling Club was the first organiser to host an event following the lifting of the suspension, at the Bovingdon Bomber Cycle Circuit. The races were capped at 24 riders per race and 15 minutes in length, with race formats including a scratch race and points race.

“The response was excellent, the races were full or nearly full and riders were giving it everything even though there are no ranking points available. Riders were understanding of the restrictions and changes and are just pleased to be back racing.

“The shorter races gave us a good opportunity to try something new and the 15-lap points race was particularly popular. We might even end up using some of the new format next year!”

Alex Webb, organiser of the Brooks Cycles Track League, was similarly pleased with the response from riders.

“The response was very positive and riders were thankful for the work put in to making it a safe and enjoyable environment.

“We wrote the initial plan for the track and shared it between select number of officials to make improvements and get most of the issues out, and then we discussed the plan with riders. Even at the event there were small things we could have done to help improve things which we will take on board and look at putting suitable actions into place.

“We're hoping to run until the end of the normal season on Thursday nights. We are also looking into running some Sunday league meetings to add in some extra rounds, and hopefully looking further into next year we can start to bring back some of the activities that we had to cancel this year.” 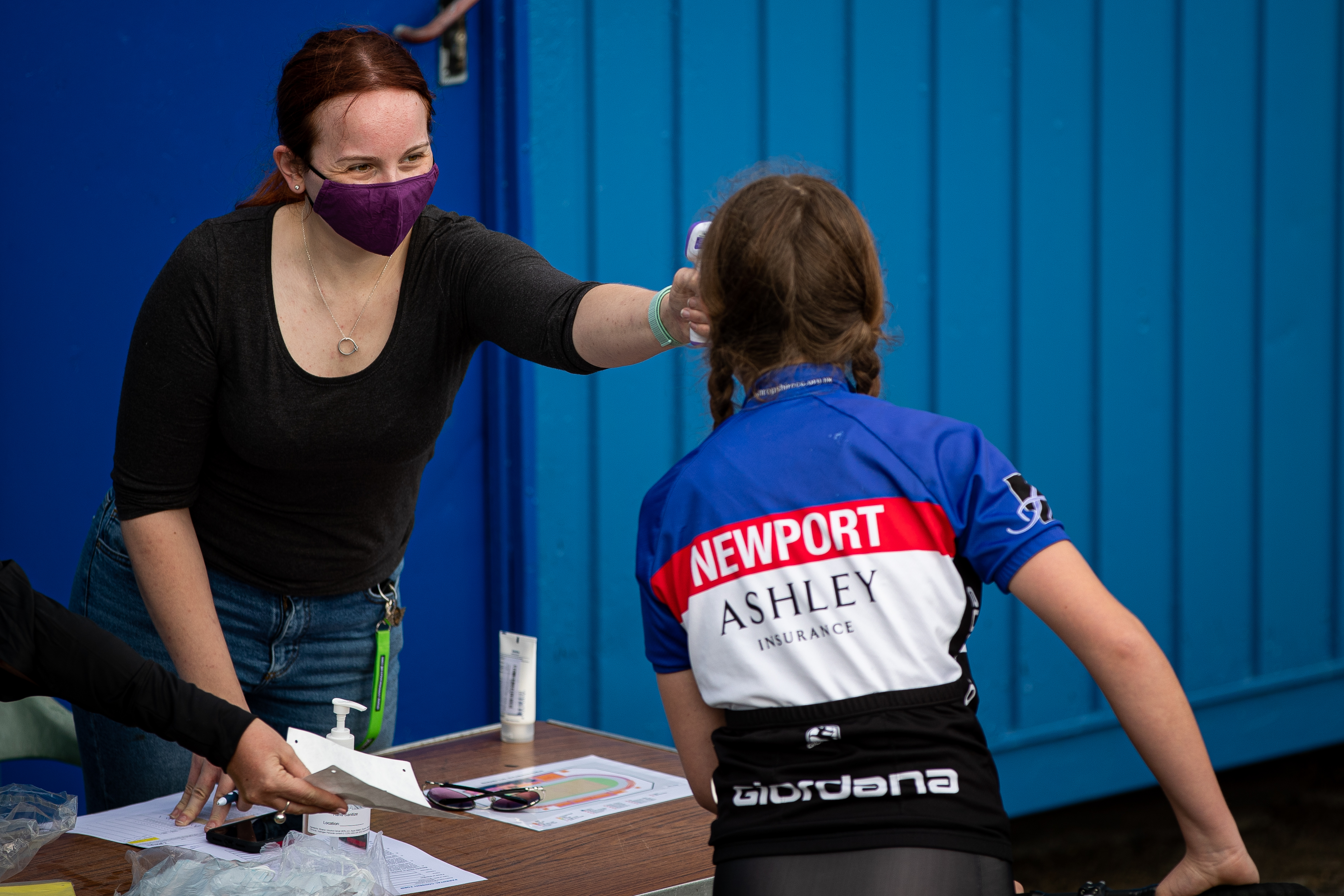 “After a four-month absence it’s been fantastic to see riders pinning on numbers once again and enjoying the unique thrill that only racing can provide.

“We owe an enormous debt of gratitude to organisers like Andy Fleet and Alex Webb who have taken the new guidance in their stride, adapted their events and provided a safe and enjoyable race environment for riders new and old.

“While for many this won’t quite be racing as they know it, it’s been great to see such great feedback from riders on the adapted race formats, and with more and more organisers beginning to resume their events we look forward to welcoming even more riders back to the start line in the weeks and months ahead.

“On top of this, we remain in close communication with Government and other stakeholders, and are well prepared to amend our guidance and help even more organisers to resume their activities.”

Find an event near you here.