A £15 million funding injection to be channelled directly in to local community cycling facilities has been confirmed by UK Government, delivered through Sport England, as part of the staging of the 2019 UCI Road World Championships in Yorkshire.

With one year to go until the nine-day event, the investment will provide a lasting legacy for the Championships by providing local, traffic-free facilities across the country where people can cycle confidently and safely.

The government investment delivered through Sport England is forming a large-scale funding programme set to build new, multi-use facilities built around the country, to engage with a broad spectrum of cyclists – including those learning to ride and young people. There will also be a small grants fund.

The right to host the competition followed a successful bid by British Cycling, UK Sport and Welcome to Yorkshire which pledged to use this once in a generation opportunity to help transform Britain into a great cycling nation.

Sport England and British Cycling will work in partnership to deliver the legacy programme which will be open to applications from late November.

To mark the occasion, 2014 Commonwealth Games road race bronze medallist, Scott Thwaites, 28, visited Leeds Urban Bike Park to meet children from the local community and to witness the benefits of a similar facility to that which will be built with the legacy funding. 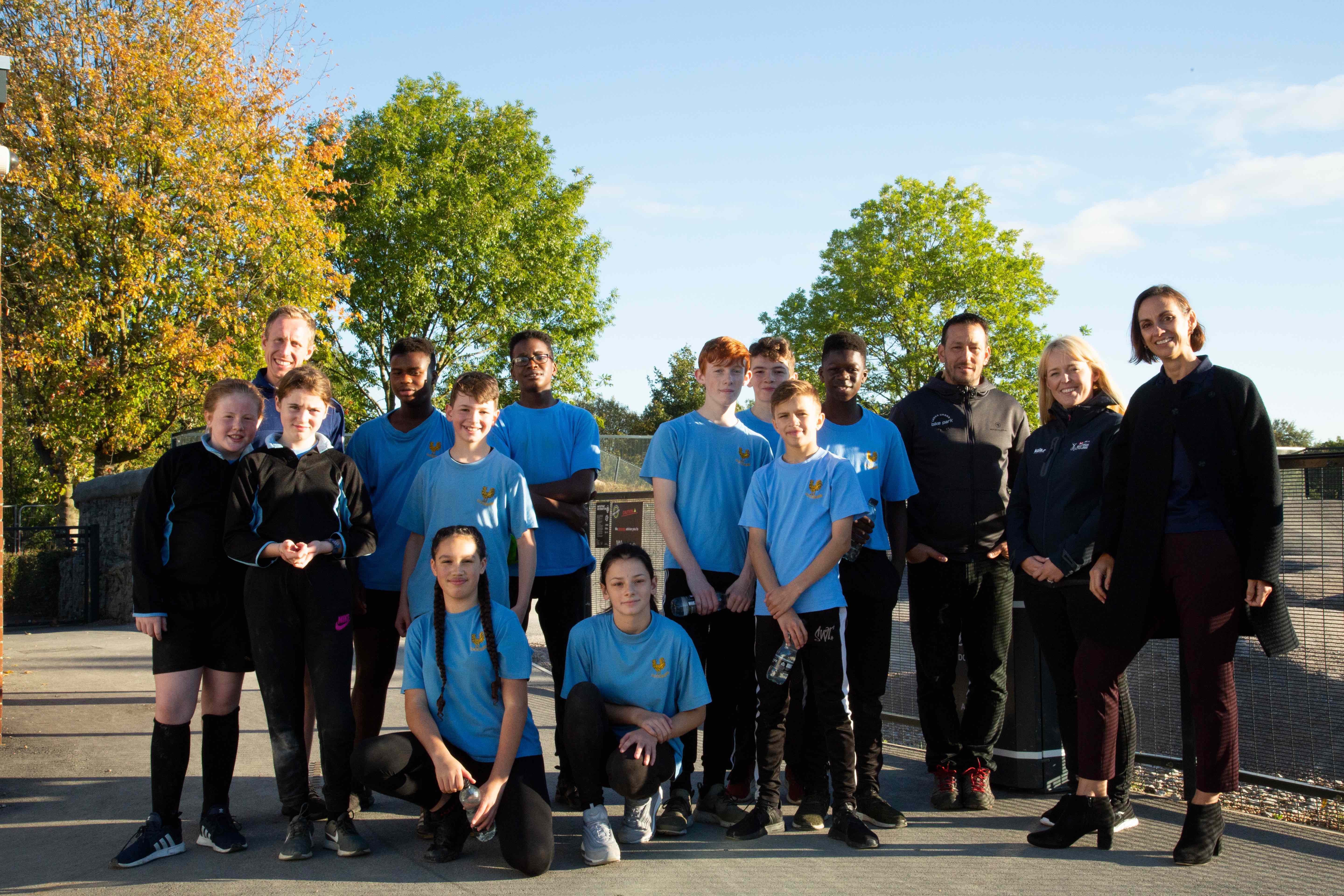 The Dimension Data rider said: “I’m a proud Yorkshireman, so having venues such as Leeds Urban Bike Park open up in the region and do so well is fantastic.

“People of all ages and backgrounds up and down the country are making the most of facilities like this, and I imagine that will continue for many years to come – with races like the UCI Road World Championships on home soil, it will be hard not to be inspired to get on your bike.”

Martin Merryweather, Strategy Director of British Cycling, said: “It’s crucial that next year’s UCI Road World Championships capture the hearts and minds of people across the country and have a lasting impact on people, no matter where they live.

“Transforming Britain into a great cycling nation is at the absolute core of our mission and funding for facilities like this is paramount to ensuring we fulfil this aim.

“With just a year to go until we welcome some of the biggest names in our sport to the Yorkshire roads we are incredibly excited to witness the transformational effect this race and these facilities will have on communities across Britain.

Leader of Leeds City Council Councillor Judith Blake said: “We are thrilled to be again welcoming the world’s best cyclists to Leeds next year as a host city for the 2019 UCI Road World Championships, which promises to be another amazing event evoking memories of the unforgettable scenes we experienced with the Tour de France Grand Départ in 2014.

“Hosting that event was incredibly important for Leeds and Yorkshire, with the legacy of interest, investment and participation in cycling helping us create facilities like the amazing Leeds Urban Bike Park in Middleton Park, which has now been nominated for Best Trail Centre in the UK by Singletrack Magazine. The additional legacy funding from hosting the world championships next year promises to take this on to another level, encouraging even more people to get out on their bikes.”

The international event will run from 22-29th September 2019 with Harrogate named as the main competition town to host the finish of every race. Seven town and cities across Yorkshire including Bradford, Leeds and Doncaster have already been selected as host locations. The full route announcement was revealed yesterday evening (26 September) during a handover ceremony at the 2018 UCI Road World Championships in Innsbruck, Austria.

British Cycling and Sport England have opened applications for funding. To find out more about the Places to Ride fund and how to apply for funding to build a community legacy from the 2019 Road World Championships you can do so here.